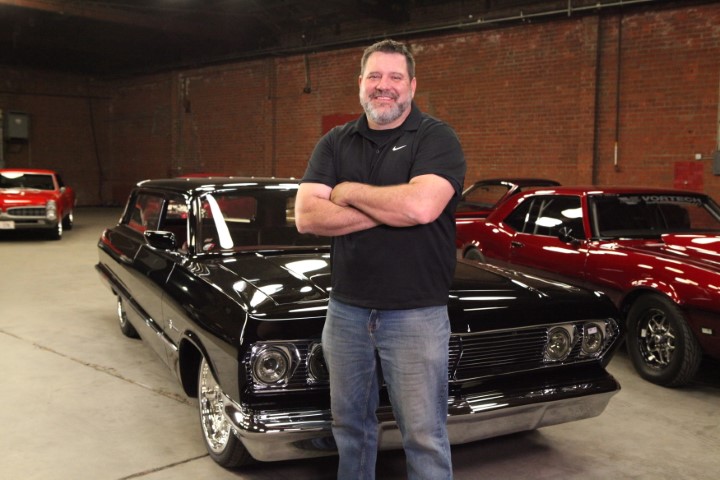 The SEMA Battle of the Builders® concluded Friday, Nov. 6, during SEMA360, where Brady Ranweiler was named the winner of the annual competition. As per competition rules, the Top 12 finalists performed the judging duties and rated their peers on the quality of their builds.

The Top 4 finalists for 2020 were narrowed down just prior to the winner announcement. Top 4 finalists were Brady Ranweiler and his 1963 Chevrolet Full Custom 2 Door Wagon (Hot Rod), Mark Giambalvo and his 1965 Chevrolet C10 (Truck/Off-Road), Chip Foose and his 1974 Jaguar E-Type (Sport Compact), and Young Guns winner Cody Medeisis with his 1968 Chevrolet Camaro. This marks the first time in the seven-year history of the competition that a wagon has taken home the title.

The four finalists of this year’s competition will be highlighted along with other featured builders in a nationwide television special airing in 2021. The TV special, SEMA: Battle of the Builders, is scheduled to air on A+E Networks’ FYI and HISTORY’s DRIVE block in January 2021 (time and date to be announced).

The 2020 SEMA Battle of the Builders competition included more than 330 submissions from a talented pool of builders from around the globe. These individuals are the best of the best, showcasing their extreme talent, creativity and craftsmanship in modifying cars, trucks, and SUVs. The Young Guns (builders 27 years and younger) category remains a fan favorite, culminating the next generation of builders who are eager to show off their creations.