If you are ought to go out on the street and ask 100 people, what do they think about when they first hear the words Ford Mustang Mach-E, nearly all of them will never guess what it really is. They would probably say something in the likes of, that is Ford’s latest muscle car or something. However, they are going to be wrong since this is not in fact Ford’s muscle car, the 2021 Ford Mustang Mach-E is in fact their first all-electric vehicle. The crossover looks amazing at first glance and no one expected that Ford will do such a great job with it.

Taking in consideration the previous success that Ford enjoyed with their Mustangs, they are really taking a big step out of their comfort zone. The general formula was a big muscle car, an even bigger engine with lots and lots of power. However, this is something very different from it, yet it is still called a Mustang. This is the company’s attempt to get involved in the electric vehicle market.

They are willing to challenge the already established Tesla Model 3, Audi E-Tron and Jaguar I-Pace. The best thing you can do is to get your very own Mustang Mach-E carcover, so you can take good care of it.

As far as the vehicle itself, If you decide to order your very own 2021 Ford Mustang Mach-E, you can choose between several models. First and foremost, you have the difference in battery size, advertised as Standard Range and Extended Range.

No need to say that the Extended Range is better, however, the Standard model does not fall far behind either. Performance-wise, you can choose a rear-wheel or all-wheel drive. The standard RWD will get you from 0 to 60 in just 6.9 seconds. The battery also has a range of 273 miles which is amazing for a standard model.

Of course, better features come at a higher price, so the Extended Range AWD can launch you from 0 to 60 in whooping 5.8 seconds. The battery range of this model is estimated to have a range of 335 miles, which does not really top Model 3 Performance but it is still something stunning.

The interior and exterior are a perfect blend between classic and modern, especially the rear headlights. They are a true reminiscence of the classic Mustang, which is mainly why this electric car was named as such.

Driving the 2021 Ford Mustang Mach-E is an experience of its own. Driving over potholes will not be a challenge since its suspension is flawless. The interior is spacious and the infotainment system looks amazing. 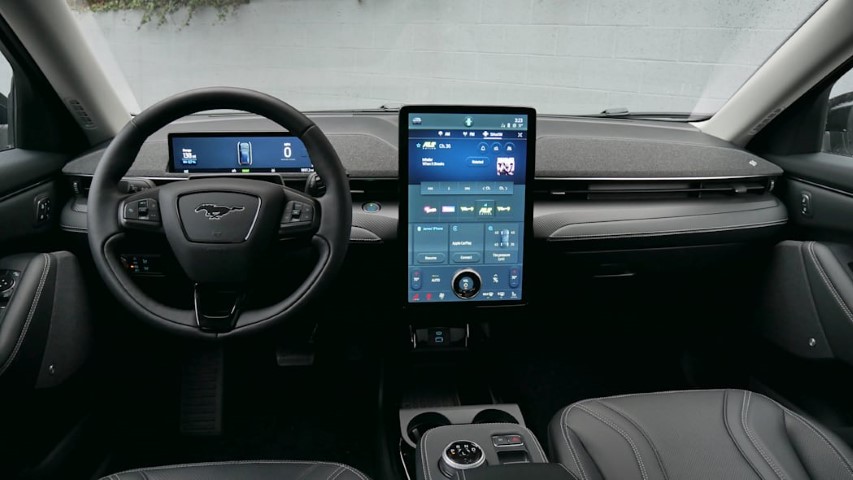 As in many other electric cars, there is a huge touchscreen in the middle, offering many quirks and features that you did not even think of before. Having this in mind, after you get this vehicle, make sure to get a Mustang Mach-E car cover so you can take good care of your car. In fact, why bother spending so much money if you cannot take good care of it!