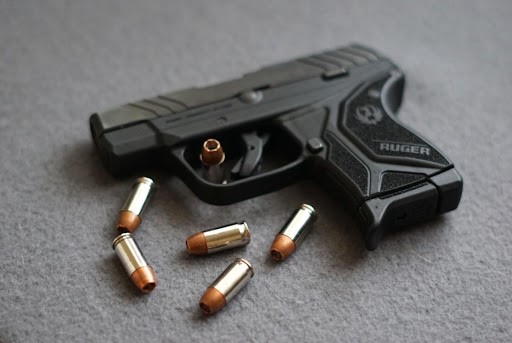 Even with the global trend towards decreasing in violence, our world still has a long way to go before we can call it a safe space. The dangers we face today are incomparable to those our ancestors had to face. We’ve successfully lived through the times when the world was actively trying to kill us only to reach the point where the main threat to human life is another human. They say crime will live as long as humans themselves. Well, if there is no way to do away with delinquency once and for all, the least we can do is keep ourselves protected. It’s much easier to do so when you are guarded by the sturdy walls of your home fortress where you can safely place a means of self-defense in a convenient place to always be ready. However, too high is the percentage of crimes that happen outside your property. Going outside completely armless is the same as putting your destiny in the hands of a chance. Maybe the grocery store you’ve decided to drop by won’t be robbed today. We never give it much thought, but it’s safe to assume that none of the people who ever witnessed a store robbery thought they would do so the moment they entered it. If you prefer to take matters into your own hands, a concealed carry pistol is an absolute must. Our gun store can help you with that, and for this very purpose, we wrote this article about .380 Pistols.

The question of the caliber best suited for a concealed carry pistol doesn’t have a single answer, for better or worse. Gun enthusiasts valiantly enter the debate battle trying to defend the honor of their favorite caliber, pinpointing other calibers’ disadvantages or simply calling other calibers’ defenders names. The thing about these disputes is, however exciting they may seem, more often than not, people are not pursuing the truth, facts, or any other objective concept that would allow newcomers to form an informed opinion on the topic. The .380 ACP, for example, has been the reason for many a forum clash. Some people say it’s a weakling and don’t deem it worthy to be even called a caliber suitable for self-defense. Others bring forward the cartridge’s low recoil and improved handling capabilities as the main reasons for picking it as your guard. We are not going to talk about opinions here. What we want and are going to do is present facts to let you make up your own mind.

The .380 ACP is a rimless, straight-walled pistol cartridge designed by renowned John Moses Browning. Following the tradition of the firearm world, this cartridge enjoys a few other names such as 9x17mm, 9mm Browning, 9mm Short, and .380 Auto. It was first introduced by Colt in 1908 in its new Model 1908 pocket hammerless semi-automatic pistol. The original pistol set the trend for the caliber that is now a common choice for compact and subcompact pistols. The feature that made this caliber so popular for smaller handguns is its low recoil. The original cartridge was designed for blowback pistols that have a configuration different from regular recoil-operated handguns. Such pistols lack a barrel locking mechanism, and the action is operated utilizing the pressure of the propellant gasses. The recoil is absorbed by the mass of the slide and the strength of the recoil spring, which allows for a simplified design and lower production costs. The .380 ACP is one of the most optimal calibers for blowback handguns since its low-impact cartridges produce torque that can be absorbed by the mass of the slide and recoil spring. More powerful rounds produce more recoil, obliging manufacturers to make the slide assembly heavier to compensate for it. Since a typical blowback pistol in any caliber is heavier than the equivalent recoil-operated one, calibers more powerful than the .380 enjoy less popularity than the named cartridge.

Now that you know a little about the caliber and pistols chambered in it, let’s analyze what makes a compact .380 pistol great for concealed carry and what the cons of choosing .380 handguns for self-defense purposes are. 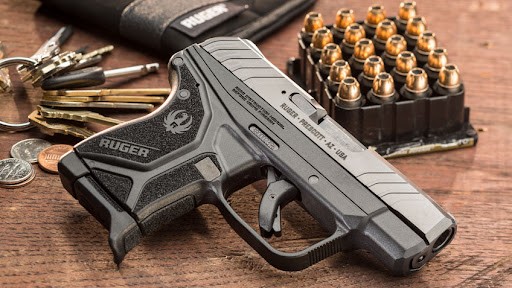 Since we are talking about concealed carry handguns, size does matter. While a distinctly visible firearm may repel some assailants, more often than not disclosing the location of your firearm backfires. A concealed carry pistol always comes in pair with a concealed carry holster, and the latter should be spacious enough to fit in the former. Pocket .380 pistols are one of the most easily concealable and for your custom car handguns available. While it’s not impossible to conceal a full-sized 9mm pistol, it is surely more challenging. A lot depends on your constitution, but regardless of size, a subcompact 380 handgun will be easier to conceal than an ordinary 9mm one.

Many people underestimate the importance of recoil management when shooting, but everyone who’s ever trained with a gun knows it’s a factor that cannot be ignored. Recoil affects your precision and rate of fire, and both aspects are prone to decline in highly-stressful situations. As you can imagine, an unexpected assault is one of those. If you think you’ll skillfully draw your concealed carry handgun and place several 10/10 shots, you either have many years of training behind your back or an unrealistic idea of what a self-defense situation really is. The adrenaline will help with nervousness, but don’t expect it to turn you into Hawkeye. This point is closely related to the first con we’ll mention further, which is the low stopping power of the round. The thing about stopping power is it only applies if you manage to place a shot on the attacker. Both cartridges will prove equally impactless if you miss, so don’t chase after rounds with higher numbers. Several precise shots of a .380 ACP handgun will do the trick no worse than a 9mm pistol. Low recoil will help with follow-up shots and will be a great helper during your initial training.

We’ve already mentioned how the concept of stopping power relates to an actual self-defense situation. However, if it’s objectivity we are after, we should note how .380 ACP performs in comparison to other popular self-defense calibers, at least one. Given you make two exact same shots, a 9mm cartridge will inflict deeper wounds, which, in turn, affects the target’s physical condition and increases the chances of you successfully surviving the confrontation. If some of your shots are destined to miss, you’d want as much impact from a single round as possible. This is the aspect where a .380 ACP loses to higher-power calibers.

Strangely enough, even though the two cartridges have the same bullet diameter and .380 is shorter, not to mention being less powerful, it is also more expensive than 9mm. Since there is little sense in buying a firearm without training to use it, you’ll need to empty quite a number of ammo boxes before you begin to feel more or less confident holding a handgun. In that regard, even though blowback pistols are generally more affordable than recoil-operated ones, such a handgun might cost you more in the long term.

Are the scales tipped in favor of .380 ACP or against it? That decision is for you to make. Some people prioritize compactness over other aspects, while others are not ready to give up stopping power. You might get an idea that there is a perfect middle ground between these two pistols – a compact version of the 9mm. Whereas such pistols are indeed manufactured, there is one obvious drawback to them. The smaller size paired with higher power leads to much more tangible recoil. That’s a trade-off not everyone is ready to make. As with everything in life, you have to compromise. Our bottom line is that .380 ACP is a caliber viable for concealed carry, even considering all the sins it’s accused of. 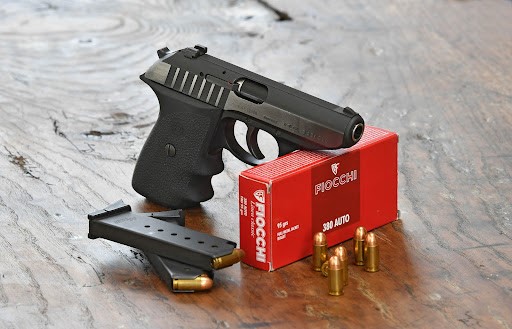 Although .380 ACP doesn’t rank among the five most popular calibers, the choice of firearms is pretty extensive. Almost every renowned brand produces at least several models chambered in it, so the options are plenty. Sig Sauer P365-380 Auto, for example, can offer you the highest round capacity found in pocket pistols – 10 rounds. If you are looking for a subcompact pistol with the shortest barrel for ultimate concealability, a Kahr Arms P380 Micro Compact has a barrel as short as 2.53in. Such portability comes with increased recoil, so be prepared. Should you prefer a middle-ground compact pistol bearing the mark of the leading brand’s quantity, take a look at Ruger LCP II. It weighs only 11.4oz, has a 2.75in barrel, and enjoys an inbuilt green laser sight to help you with target acquisition. Those are but a few examples of compact .380 ACP pistols that will make for fine concealed carry weapons.