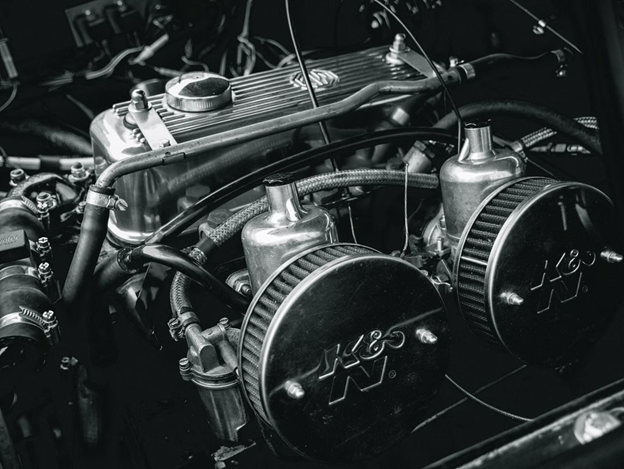 The days of carbureted vehicles are still not a distant memory. Many vehicle users can still recall the horror of vapor locks in their old cars. Nowadays, most vehicles are installed with the latest technology when it comes to engines and the way fuel is distributed within. You will rarely find a new vehicle suffering from a vapor lock. However, this does not mean the problem has been solved.

People around the world are still using carbureted cars and will go on using them for years to come.  Everyone needs to have a fair idea of what a vapor lock is, as well as the ways to fix it.

Furthermore, we should also be aware of avoiding it altogether to stay away from sudden mishaps. This article focuses on the aforementioned aspects and is intended as a guide for any individual willing to learn about this serious subject.

What Exactly Is a Vapor Lock?

The science behind a vapor lock is pretty straightforward. It happens when the liquefied fuel turns excessively hot and begins to vaporize. For a vehicle to operate, gas needs to reach particular compartments within the engine. However, if the fuel vaporizes in the chamber, it prevents the right elements from reaching their destination by blocking the pathway.

Symptoms of vapor lock in cars include misfires, hard to start engines, and poor performance overall. Vapor locks are quite common in older models that come with mechanical fuel pumps and carburetors. Many people complain that their vehicles fail to perform in high altitudes or cold weather conditions due to vapor locks.

Why Are Carbureted Vehicles the Most Prone to Vapor Locks?

As you know by now, carbureted cars suffer the most from unexpected and sudden vapor locks. The fact that such setups operate on relatively low-pressure means that there is a higher chance of vapor locks forming in areas where the pressure is below average for some reason. One key reason for such setups to sustain low pressure is the excessive separation between the pump and the gas tank. This raises the chances of vapor locks simply because there is more space for the vapor to form.

To avoid such recurring technical difficulties, engineers have integrated the pump within the gas tank of fuel-injected engines. This ensures that the pressure within the system is sustained, and the pump does not heat up excessively as it rests within the fuel.

Heat is the key nemesis for car engines. The temperature outside or the extensive use of the engine can contribute to the overall condition of the engine. Using a blend of winter fuel during the summer is also a reason for numerous vapor locks every year.

How to Fix a Vapor Lock?

A vapor lock can occur anytime, anywhere. Imagine facing this annoying problem in the middle of the road while driving. Knowing how to fix such issues can prove to be crucial under these circumstances. The following sections explain 2 of the most common techniques implemented for instantly taking care of vapor locks.

Cool the Fuel Pump Down

As mentioned above, a vapor lock is usually due to the overheating of the engine chamber. The fastest way to cool it down is by pouring cold water onto the fuel pump. Remember to keep the ignition off while you are at it.

The obstruction created by the vaporized fuel, which is the fundamental reason behind vapor locks, is gradually removed once the cold water starts to extract the excessive heat out of the system.

Make sure you do not pour too much water. This can make matters worse as the engine may be negatively affected by it. After cooling down the fuel pump and fuel lines, do not turn the ignition on right away. Give the system some time to settle down and then start the car.

Once you feel the vapors have all converted back to a fluid form, turn the ignition while gently pressing on the accelerator. Make sure you do not put full pressure on the acceleration as it might release an excessive amount of fuel to an engine that is trying to recover from a setback. After that, gradually take your foot off. This will inject the perfect proportion of fuel into the combustion chamber.

Keep repeating the process until you feel the engine is back to its former state. Expect some weird sounds during the initial minutes. This is caused by the engine as it strives to rid the fuel line of the vaporized fuel.

How to Avoid Getting a Vapor Lock?

While it is great to know the methods of fixing vapor locks, it is more convenient if you know how to avoid them altogether. The perfect way to prevent such setbacks is to ensure the engine does not overheat under any circumstances. Below is a list of steps that you can employ to avoid unwanted vapor locks.

There are plenty of ways in which you can keep your car engine in good condition. Taking steps to avoid annoying vapor locks is one example among many. However, unless this issue is dealt with, chances are, you would not be able to continue driving. Thus, it is essential to know the ideal methods for preventing vapor locks and dealing with them when needed.