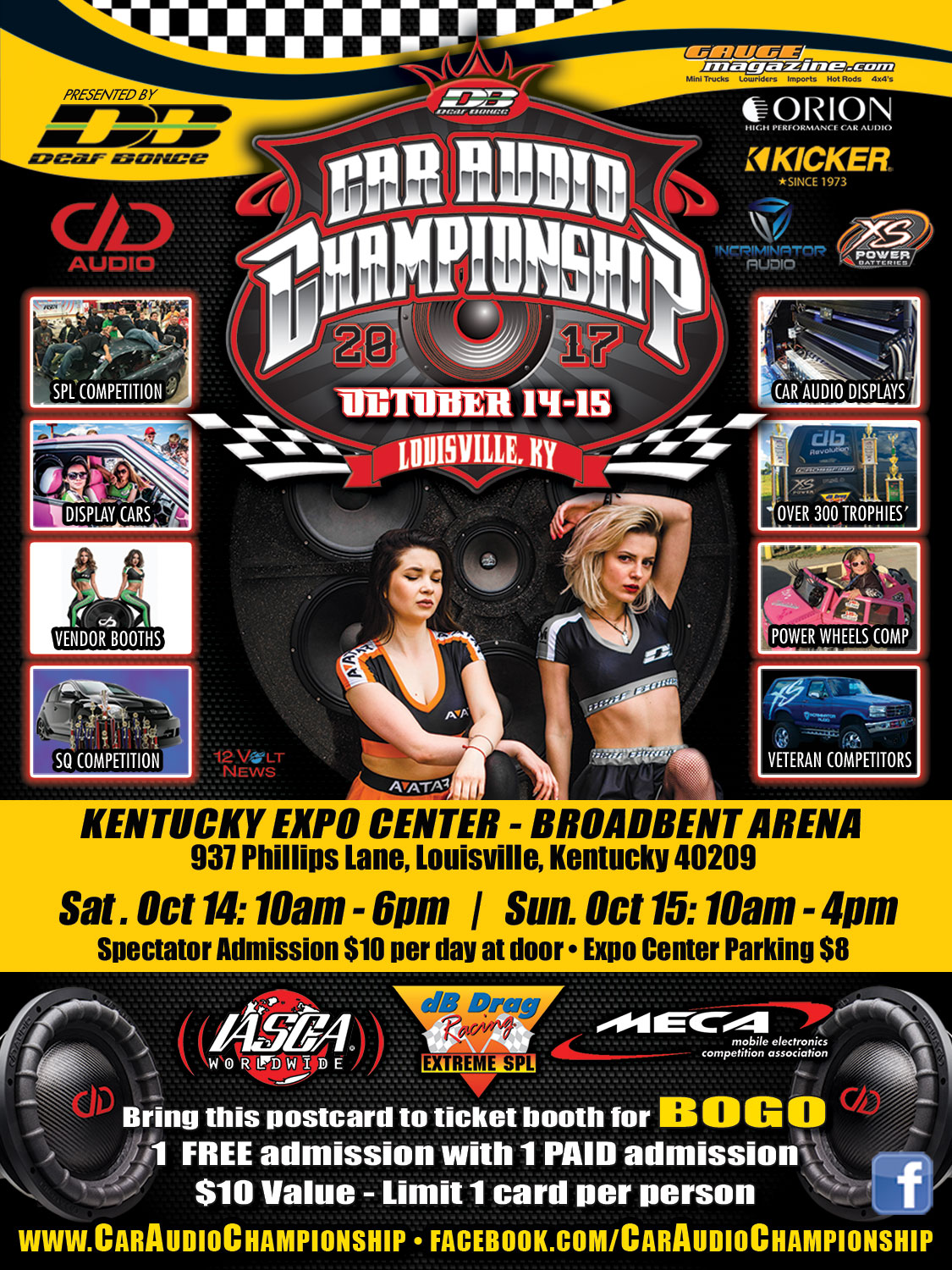 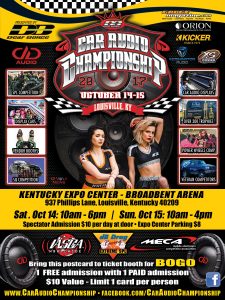 Come and experience the loudest AND best sounding car stereo systems on the planet as they rock the Broadbent Arena and the Pavilion at the Kentucky Expo Center on October 14-15, 2017.

The Car Audio Championship 2017 is a competition where enthusiasts compete against one another with their car stereo systems. The event will include competition ranging from Sound Quality to Sound Pressure Level. Over 200 vehicles will be on display and competing with their systems in over 50 different formats of competition. Competitors from multiple states as well as Canada and Mexico come together for this one of a kind “battle of the car stereos.”

This event is a must see for anyone interested in fully customized cars and their car stereos. Extreme vehicles with walls of woofers and thousands of watts of power go head-to-head to see who really has the loudest car stereo system. Show cars will be on display and presenting sound systems so clear, you’d swear you were at the concert.

Vendors will have products on display and showcasing new technology for consumers interested in after market audio and accessories.

Facebook: www.facebook.com/CarAudioChampionship www.CarAudioChampionship.com For the Car Audio Championship 2017 Gauge Magazine along with Slamology will  have a vendor booth on the vendor midway with information on the 2018 Slamology Automotive and Music Festival.  Make sure to stop by the booth and get a flyer and some other goodies.   You can also stay tuned to the Gauge Magazine Facebook page for Live coverage all weekend from the competition lanes.  http://www.facebook.com/gaugemagazine

Check out this coverage from the Largest Car Stereo contest in the world.