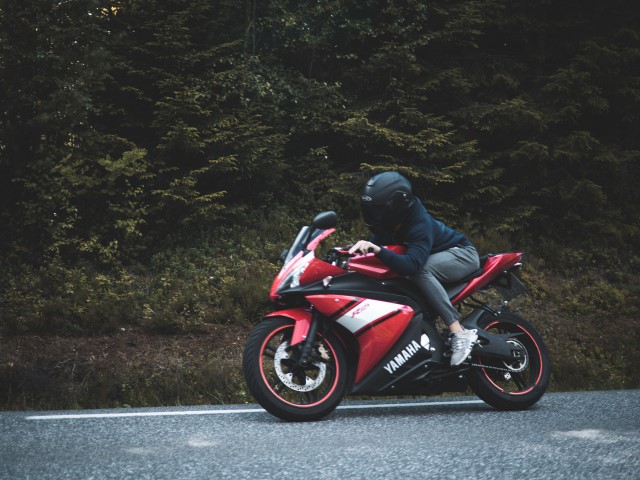 It is no secret that motorcyclists are vulnerable on the roads and sadly there are many collisions and fatalities each year. It is important that people are aware of these statistics along with the primary reasons that motorcycle accidents happen so that they can protect themselves if they are a motorcyclist or protect riders if you are driving a regular vehicle.

Looking at the latest available statistics for motorcycle accidents in the UK, it is apparent that despite a decrease in fatalities last year, there is no clear trend and the figures have fluctuated over the last few years. In 2019, 336 motorcyclists sadly lost their lives in accidents which is down 5% from 2018 where 354 died. Motorcycle traffic has remained largely stable over the last 10 years so it is apparent that there has not been a significant fall in fatalities and accident like you would hope. Motorcyclists account for just 1% of total road traffic but account for around 18% of deaths so it is clear that more needs to be done to protect this group

So, what are the most common reasons for motorcycle accidents? There are a few causes for this to be aware of and some of these are the fault of the motorcyclist while others are not their fault – this is a vulnerable group on the road and one which motorists need to protect where possible as accidents can change and cost lives.

Fault of the Motorcyclist

In terms of accidents that are the fault of the motorcyclist, there are a few common causes. The most common are travelling at speeds which are too high, loss of control due to user error, overtaking collisions and failure to negotiate bends. Motorcyclists are also more likely to be involved in an accident under the influence of alcohol – this does not necessarily mean that people are more likely to drink and drive, only that they are at greater risk of being involved in an accident while under the influence.

It is often not the fault of the motorcyclist, though, and there are many common reasons why an accident occurs that is not the fault of the motorcyclist. Recklessness and negligence from other road users are, unfortunately, quite common with over 60% of motorcycle accidents being caused by collisions at junctions – this is often due to a driver not seeing the bike approaching. Another common reason for motorcycle accidents which is not their own fault is poor road conditions, such as broken tarmac, fluid spills, faulty ironwork, potholes, and loose gravel build-up.

When the accident is not the fault of the motorcyclist, they could be entitled to compensation if they are able to prove that it was not their fault. Taking the case to a law firm that specializes in motorcycle accidents is smart and they could receive compensation to cover the various damages suffered as a result of the accident. In addition to financial compensation, many people often find that this is helpful for getting closure and for holding the responsible party accountable whether this is a driver or a local council.

Motorcycle accidents are common and sadly fatalities have remained largely stable in recent times. There are many causes for motorcycles accidents, some of which are the fault of the rider but often it is not their fault and it comes down to failure to protect this vulnerable group.