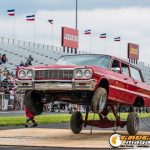 Slamology 2019 Hydraulics Presented by: RNL Customs Slamology 2019 was held at Lucas Oil Raceway in Indianapolis, IN on June 8-9th, 2019!  Hydraulics Contest is sponsored and presented by RNL Customs! Rob at RNL is a 6 time world champion and has been with Slamology for 16 years straight as the hydraulic sponsor.  Each year Rob comes together with the Slamology Staff to make … END_OF_DOCUMENT_TOKEN_TO_BE_REPLACED 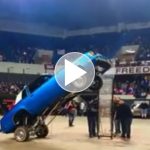 Hydraulic Competition at Carl Casper Custom Auto Show After 55 years of the Carl Casper Custom Auto Show, they decided to put the brakes on the show; this was the last year. This year, the show was held in Louisville, KY on February 25-26 in the Kentucky Exposition Center.  Thousands of people attended the show each year, but this year the had record-breaking crowd that came … END_OF_DOCUMENT_TOKEN_TO_BE_REPLACED