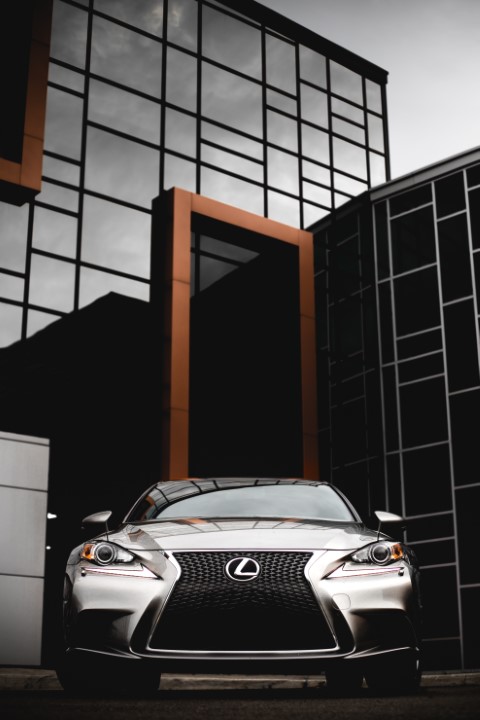 The 2021 Lexus IS doesn’t represent a total makeover, but it definitely feels like a serious update. It’s enough of a change that it’s getting named to prestigious lists and even leading two of them.

The IS saw a number of changes this year, which was notable since there were very few for 2020.  The styling is new inside and out.  What has continued is an emphasis on build quality, soft touches, and quality materials. A retuned suspension and chassis has improved drivability.

The information system is now worthy of a luxury car.  This 8-inch touch screen has Apple CarPlay, as one expects these days, and it has Android Auto, another must-have interface.  Other elements include Amazon Alexa interface, HD radio, and, of course, Bluetooth. This small car has ten speakers.  You can step up to a 17-speaker Mark Levinson audio system and a large 10.3-inch touch screen.

Ensuring that  comes with 12 standard driver assist features.  This is part of what drives up its value. This includes standards such as adaptive cruise control and automatic emergency braking. However, this system can also watch for pedestrians even in low light. It also had cyclist detection during the day. In addition, the Lexus IS is offering a hands-free park assist function and a surround-view parking camera.

The new suspension has added more sportiness to the sedan’s ride.  Well-weighted steering and a bump-smoothing ride quality are definitely pluses. There are adaptive shock absorbers on the upgrade list which can do even more.

Lexus IS Reputation, Reviews and Rivals

The car has a four out of five rating which is considered good and above average. The brand itself represents low ownership costs, including more affordable Lexus car repair than many luxury brands.

In a class that includes Mercedes-Benz C-Class and the BMW 4 Series, it is interesting that JD Power puts the Lexus IS at the top.  This also sees it ahead of the Infiniti Q50, Volvo S60, and, by one point, the Genesis G70.

Kelley Blue Book names the 2021 Lexus IS as the Best Entry-Level Luxury Car for Resale Value.  It projects a resale value of 38.4 percent at the five-year mark.  This is significant because the same car was ranking number 6 in 2020. Clearly the Lexus upgrades have made a difference. In this match-up it slides ahead of the Mercedes-Benz A-class.  Another Lexus, the RC, is ranked third.

A look at the BMW 3 Series and the Lexus IS reveals some interesting juxtaposition.  While the BMW can claim sporty handling and performance, it falls short on value up against the IS.  For starters, it is priced several thousand dollars more, but it doesn’t have the same amenities and technologies that are standard on the IS 300.

Shopping for a luxury car, especially when trying to stick to a budget, can be difficult. Cars like the 2021 Lexus IS make it easier to find a value for the money.