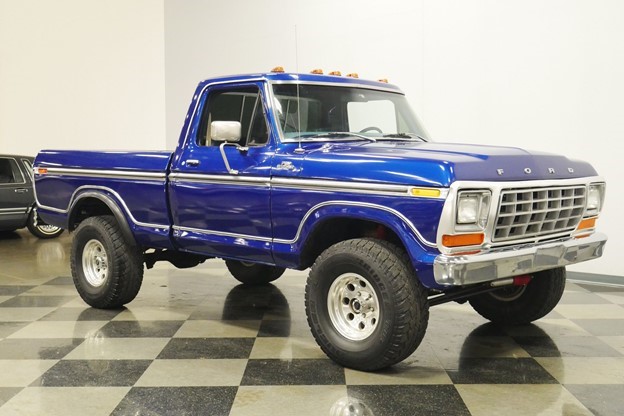 The American vehicle history cannot be imagined without the classic Ford F150 trucks. They represent the true meaning of what the American car industry is capable of. Their design is robust, reliable and will not let you down even after thousands and thousands of miles. However, this is not only true for the newer F150 trucks. This has been true for the last century or so because the old Ford F150 truck was produced that long ago. In this article we are going to be learning everything you need to know about their history and importance.

As we said before, these trucks have been around for a long time and it is no surprise that they have been so successful ever since. There has never been a more successful pickup truck series than this. The old Ford F150 was equipped with flathead V8 engine and a twin-I-beam suspension. However, things have significantly changed ever since the first Model TT debuted in 1917. This is how everything began and this is how people have taken notice of their reliability. Soon after, pickup trucks became more popular than ever and car companies invested millions of dollars in them.

Throughout history the old Ford F150 has had many different generations and each of them offered different features. Looking back from the beginning until now, there have been thirteen generation of Ford F150 pickup trucks and it is safe to say that the latest model is more beautiful than ever. As we said before, every generation offered something different. For example, the third generation brought significant changes to the exterior. It marked the beginning of the modern look with wider and more squared features. Soon after, changes became more and more significant.

The fifth generation of Ford F150 trucks opted for a bigger interior and had nearly four more inches of shoulder room. This generation also brought probably the most significant peace of novelty. The name Ford was spelled using big letters on the front of the truck. Nowadays, it seems impossible to imagine a Ford truck without that feature. Moving on two generations later, the seventh generation had a big focus on aerodynamics. Their goal was to create a vehicle that is both modern, reliable and attractive. This generation debuted in 1980 and lasted until 1986. This is also where the truck got more powerful than ever.

The next generations soon followed and there was more and more attention devoted to the exterior and the power. It is safe to say that the tenth generation had the most significant change when it comes to the exterior. It underwent a significant redesign and it made the Ford F150 look more like a modern-day vehicle. Looking back to this day, the latest generation of the truck looks very similar to the tenth one, of course, with some changes to make things look modern. The Ford F150 was, is, and will remain one of the most important vehicles in the US history.