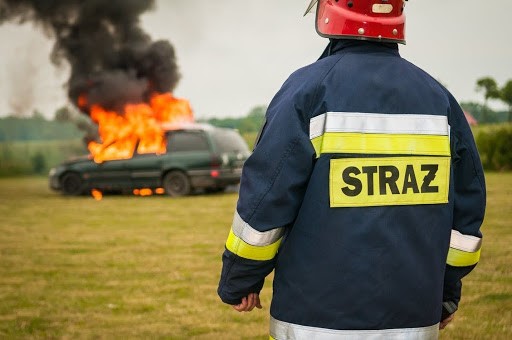 Whenever traffic suddenly slows down, nine times out of 10, the drivers ahead are looking at an accident. You know it’s coming, and it’s okay to admit that you’re intrigued, too.

We have all passed by a car wreck that makes us wonder how some people have obtained a driver’s license. On the other hand, hearing some accident stories cause us to ask if insurance companies can close claims without consent due to the client’s poor choices.

Experiencing intrigue for car accidents or watching a tragedy unfold is entirely natural, even though it can feel a little shameful. There is no need to clear your browser history because we have gone down the car wreck rabbit hole for you.

The Attraction of Watching Car Crashes

Before we jump in, understanding why we find wrecks and bizarre stories fascinating is worth a mention.

In many ways, we are spectators to tragedy all the time. Between the news, books, movies, sports, video games, gambling, and comedy, entertainment has proven that we love being third-eye witnesses to others’ downfalls.

It may sound odd to say that, but witnessing danger from afar is how we get to experience events without obtaining any risk. However, watching in wonder isn’t only our dark vanity at work.

Hearing and seeing other people’s mistakes is a survival tactic that goes back to the beginning of the human primitive psyche. Knowing how other people have messed up keeps us from repeating their mistakes, and in the modern age saves us from filing an embarrassing insurance claim ourselves.

So whether you’re learning that buying a cheap car could be more expensive than you think or that road signs are not just there to slow down your NASCAR dreams, buckle in for these crazy claims.

In southwest Missouri, a man used carnauba banana scented car wax to polish his pickup truck. What was supposed to bring this driver and passengers a pleasant aroma with a glossy finish ended up attracting the wrong kind of crowd.

He was surprised to see his car getting fawned over by a herd of horses. After inspecting where the horses had licked, he noticed that the horse nibbles left dents all over his truck.

Please allow this Delaware tale to discourage you from ever attempting insurance fraud. No matter how elaborate your thinking is at the time, we promise you that insurance agents have heard it all.

Claiming to have accidentally set fire to both their home and convertible, this Delaware resident attempted to collect on their homeowners and auto insurance policies. The insurance customer reported that pans on a wooden stove caught fire while their food was cooking.

Though they desperately tried to extinguish the fire, attempts fell short as the coals also became engulfed in flames. Thinking fast, they threw the flaming coals out of the house, but the problem was then passed to the back seat of his convertible.

Seeing that the fire was only made worse, they enacted plan C, which would’ve been the solution if only they didn’t fall while rushing with the second bucket of coals. This twisted tale only got worse when he claimed that the second bucket fell onto the sofa, also causing his furniture to be set ablaze as well.

It didn’t take much to see that this client was pulling his insurers’ legs to see how far they stretched. Needless to say, their car, home, reputation, and insurance policies were unsalvageable.

Here’s a Christmas tale that might cause a flat in the notes of carolers. To remind you of some winter driving safety tips, this claim was delivered by the Grinch himself.

When a car with a Christmas tree poorly tied to the roof took a quick turn, the loosely attached tree launched straight into the hood of another vehicle. Of course, the weight of the tree left a huge dent, and in attempts to avoid a horrible crash, the driver ran into a hedge.

It’s not exactly the ideal way to spend days leading to a holiday, but the driver got to receive both a full payout and the fallen tree. Guess we can call this a “chop and run.”

#4 – How Insurance Companies Pay for your Mistakes

A driver reported to their insurance provider an accident that occurred while in a McDonald’s drive-thru. Having ordered and paid for multiple double cheeseburgers, they wanted to be sure they received all their items before pulling away.

Second-guessing the fast-food employees count, the driver abruptly stopped moving when they realized they were missing a burger. Trying to backup to avoid going inside or around, they put the car in reverse, or so they thought. Instead, they gassed right into a yellow pole.

Thankfully, the missing burger’s case was solved swiftly as the sandwich was in the bag after all. At least they had a hot lunch while waiting for AAA.

As a gun owner myself, I am a stickler for gun safety, so I hope the man in this story counted his blessings after this incident. This driver was driving his pickup truck with his unsecured shotgun sitting passenger.

The man parked and grabbed his shotgun but fumbled his grip, resulting in the gun discharging in the attempted recovery. Being that the gun was loaded, bullets went clean through the truck’s interior.

#6 – Car Insurance and the Birds

Peacocks love to strut their stuff. It’s a wonder why this particular peacock seemed to have a problem with his reflection. This poor driver was forced to file an insurance claim after his paint job got into a fight with this flaunting bird.

It could be that the peacock thought the reflection was a competing peacock, so it attacked to stand its ground. Unfortunately, the manly standoff caused visible damage to the entire side of this driver’s vehicle.

The Importance of Car Insurance

Hopefully, if you questioned your need for insurance before reading this article, this has helped you realize insurance is for more than just poor driving. An accident could be your fault,  another driver’s fault, or divine intervention, but with your name on the property, the responsibility falls on you.

Allow insurance providers to ease the burden by being prepared before tragedy strikes, no matter how funny the story may be later on. 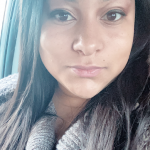 Danielle Beck-Hunter writes and researches for the auto insurance site, 4AutoInsuranceQuote.com. Danielle is an insurance expert who finds the small mundane mistakes educational as well as incredibly entertaining.