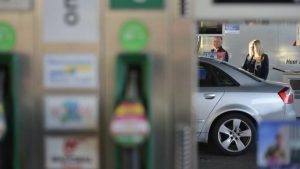 Petrol car owners typically find themselves facing 4 options at the bowser: Premium 98 Octane, 95 Octane, Regular 91 Octane, and E10. 98, 95 and 91 are understandably a descending order of quality (after all, 98 is bigger than 95, right?), but what about E10 on the end there? It ruins the whole pattern.

We’d hope most long-term car owners know what E10 is by now, but for newer car owners it can be a bit confusing. Here’s everything you need to know about E10 fuel:

The name E10 comes from the fact it’s a fuel mix made with 10-percent ethanol. Ethanol is a fuel derived from food waste that burns cleaner and cooler, providing performance that is more powerful and eco-friendly.

The downside to Ethanol over petrol is it is less efficient as a fuel source, meaning worse fuel mileage. Combining petrol and Ethanol is intended to give drivers the best of both worlds.

Interestingly, while E10 is cheaper than 91 octane fuel, it actually has a higher octane rating — around 94.5, making it around equal to the mid-range 95 Octane petrol.

That’s a tricky one.

Ethanol is tougher on engines than petrol, but the Royal Automobile Association of South Australia reports that several studies reveal using E10 does not increase corrosion rates in everyday use.

In terms of fuel efficiency, 98 Octane fuel is more efficient in both city and highway driving conditions. However, due to the significant cost difference per litre, it still works out cheaper to use E10 in most places.

Premium fuel will always give better performance, and usually has cleaning elements blended in to help clean the engine.

The biggest selling point for E10 besides the reduced cost is the significantly lower emissions. E10 is a much cleaner fuel than any of the petrol options, and is great for environmentally-conscious people who can’t upgrade to EVs.

Most petrol engine cars made after 1986 can run E10 fuel. Exceptions include

The car’s user manual will let you know what kind of fuel can be used to run the car. If you don’t have the manual, it’s also written on the inside of the fuel door.

Buying a vehicle able to run on eco-friendly fuel can be a great way for individuals to help the environment, but there’s obviously a lot of considerations that go into getting a vehicle. To do your research properly and understand all of the important details, you’ll want to get a complete car history report. There’s no sense buying a used car for eco fuel if it’s financially encumbered — or worse, stolen.

Do your research and buy the right car. Get a comprehensive car history report from revscheckreport.com.au and avoid buying a dodgy car.