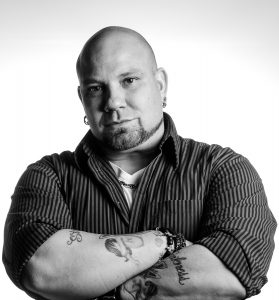 In my profession you have to constantly be re-educating yourself and staying in front of new technologies. In case you don’t have a clue who I am and what my profession is my name is Cabe Sipes and I have been customizing cars for 25 years. So yes, that means I was doing it before the internet existed so I am a dinosaur. If you want my full background feel free to Google my name but just know I am qualified to be writing something you are reading.

Now, back to being constantly looking forward and knowing what’s available in the industry I want to tell you about a product that is nothing short of amazing in installation time saving and in functionality. The name of the product is the Rockford Fosgate DSR1. Now to confuse you even more I will give you the technical description which is an 8-channel interactive signal processor with integrated iDatalink Maestro module. So by now unless you are audio geek or sound guy/gal your ready to quit reading but don’t, this product is made for everybody that wants better sound in their car and I’m going to give you the dumbed down version of how. If you are a nerd and want all the tech specs feel free to go to http://www.rockfordfosgate.com/products/details/dsr1/  and read to your hearts content. For all you regular folks keep reading below. 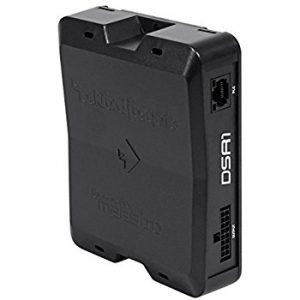 What makes this product cool is it’s actually two products merged into one. The Rockford Fosgate processor called the 3sixty and iDatalink Maestro’s amplifier replacement integration module. The 3sixty is basically a super fancy equalizer and crossover so you can make your car sound clean with no distortion by sending only the correct signals to the correct speakers. iDatalink Maestro is a line of integration products for cars that are prewired for your vehicle so no cutting or splicing needed. They have Radio Replacement (RR) and Amplifier Replacement (AR) along with a bunch of other integration and retention parts.

So now the question you have is “why”, what’s the point of merging the two? Well, I’m glad you asked, imagine you’re one of those people who bought a car with a premium sound system in it like JBL or BOSE and you now realize how bad the sound actually is. So you head to your local stereo shop and ask about making it better which turned into a conversation about switching out your radio and changing how your dash appears. Problem is, you like your dash and the radio that’s in it looks really cool and has maybe an 8″ display. So the next option is bypass your factory amp and add some sort of Hi/Lo level converter to convert the signals coming out of the factory amp to an RCA type signal so you can then feed that into new amps which will allow you to setup and control the sound better. Wow, thank goodness that guy at the shop knew what he was talking about. Well, let’s take a look at that because at the beginning of my article you will remember I said in my profession you must always be aware of the new technologies. This is exactly where that knowledge steps in because most cars now days are digitally controlled which is how the car knows to send your hands free call to only certain speakers and your GPS to others. It also means that the cars radio does not turn up the volume by increasing the signal to the factory amp but instead it digitally turns up the factory amps gain which means the radios output is constant and a Hi/Lo level converter will not work. So if you fell into this trap you are going to be a minimum $1000 in the hole and your stereo will sound like complete garbage.

Now let’s revisit that same scenario but this time you came to my shop. You walk in and tell me you have a 2015 Chrysler 300S with the Beats by Dre sound system and you’re not happy with the sound but love the 8″ display and how all your climate controls work thru the factory screen but you want better sound without changing the radio out. I would tell you that’s absolutely no problem if we use the Rockford Fosgate DSR1,  IDatalink Maestro aCH2 wire harness and a couple new amps. With amazement in your eyes you throw me your keys and within 45 minutes the DSR1 is installed and 60 minutes later the amps are wired in and the install was done without one wire in your car being cut. I then pull a tablet out and Bluetooth connect it to your DSR1 and begin tuning everything about your car until it sounds perfect. I save the settings and hand you the keys.

That may all sound too good to be true but it’s not, it’s actually very simple. The way you install the DSR1 is you first download the firmware of your car into it by plugging it into your computer and selecting your vehicle and its sound system as well as what type of sound system your having installed. Once the DSR1 is flashed you go to the car and locate the factory amplifier and unplug the input wiring harness. Now you open your iDatalink Maestro vehicle specific harness and one end will plug right into those plugs that were in the factory amp and the other end plugs into the DSR1. That completes the actual install of the DSR1. The next steps are simply run the RCA and speaker output leads from the DSR1 to your new amplifiers and tune it.

As I said previously the Rockford Fosgate DSR1 is controlled thru an app that is available at the time of this write up on Android only. Once the app is installed you connect to the DSR1 thru a closed Bluetooth link which then allows you to adjust everything from crossover points, time alignment and equalization. Honestly, this thing has so many adjustments it’s impossible to not be able to make any audio system sound amazing.

Feel free to send any questions or inquires to [email protected] and check out my site at www.car765.com.