SEMA 2021 Celebrities was held in Las Vegas, Nevada at the Las Vegas Convention Center from November 2-5, 2021. Custom vehicles and models are something you can see at many shows, but the celebrities at SEMA 2021 are ones you won’t see just anywhere! 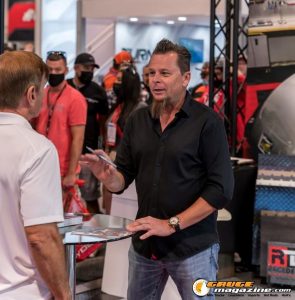 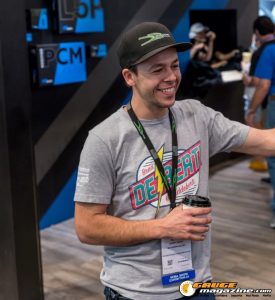 Brad DeBerti and his twin brother are featured on the TV Show Twin Turbos. DeBerti has spent majority of his life in a garage building one-off and wild rides. He has stood out amongst majority of builders winning top award such as – Best in Show, Battle of the Builders, Young Gun Award, and Design Awards. 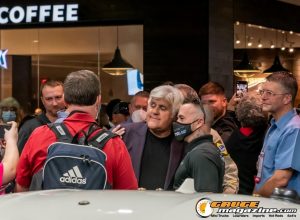 Jay Leno is well known for his American late-night television show, The Jay Leno Show.  After retiring in 2014, he started a TV show for one of his favorite passions, collecting cars.  “Jay Leno’s Garage,” shows Jay Leno searching for unique rides and the amazing stories behind them. 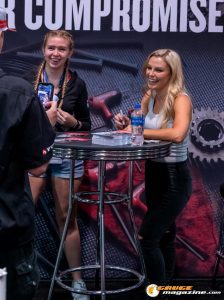 Cristy Lee is a co-host for Garage Squad; All Girls Garage since 2012. Having a passion for anything with wheels, this started all the way back when she was 3.  She has grown into this industry and is one of the most popular women in the automotive industry today! 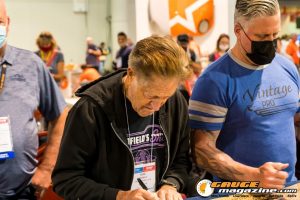 Gene Winfield has been known for a long time, and became even more well known in the mid 1960’s when his rides caught the attention of film producers.  At 94 years old, Winfield is still blowing the minds of many and making sure he attends SEMA to meet all of his fans! 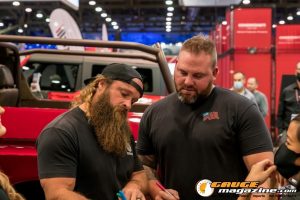 Diesel Brothers is a TV Show where Diesel Dave along with this crew work hard and play even harder as they work on diesel lovers truck who are looking for custom builds that are big, bold, and are unlike any other!

Although these are only a few of the celebrities that attended, it makes the crowd excited to see the people that started their love for custom builds!