The car culture in the US has always been about customization. A young man who owned a hot rod didn’t buy it brand new from the manufacturer. He would buy the car, strip it down, and modify it to his own liking.

That’s how the car culture began. Even though cars are now a mass-market thing, there are enthusiasts around who prefer to customize their vehicles. Here are 9 best custom-built cars from 1952 to this day. 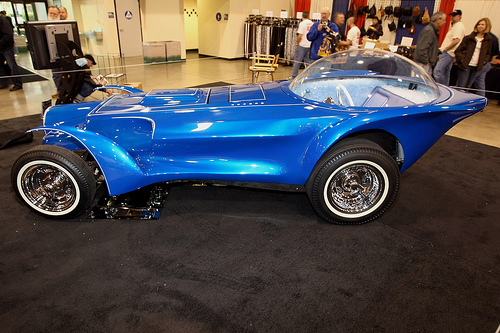 The Orbitron was built back in 1964 by Ed Roth. It’s powered by a Chevrolet V8 engine and Powerglide transmission. Ed Roth built the frame himself using 2×4 inch tubes.

The car may look like the future itself, but its creator was disappointed with it. The thing is, this great exterior hides a chromed engine and original chassis. But if it did show the engine, it would have a very different look.

If you didn’t think the look of the car tells you a lot about how people in the 1960s envisioned the future, take a look at the cockpit. 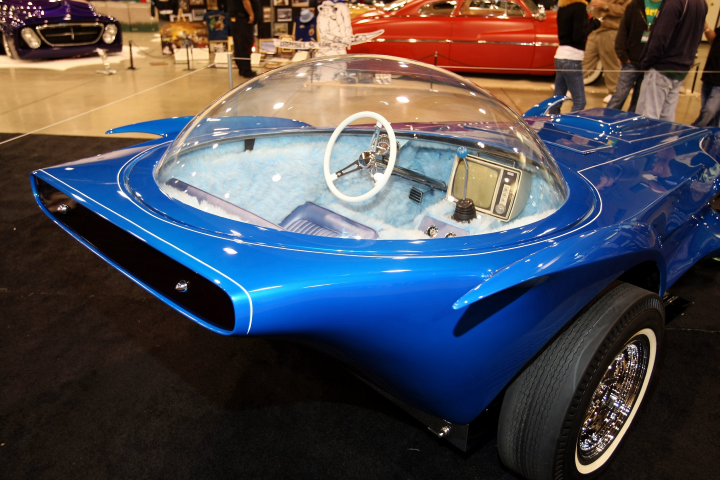 It’s coated with faux fur and has a portable TV inside. The bubble top is probably the element that doesn’t appear anywhere in the car industry except in Ed Roth’s cars.

The car was lost for many years, but in 2007, Michael Lightborn rediscovered it in Mexico. He was able to buy it for $5.000 and restore it. Currently, it’s not for sale. 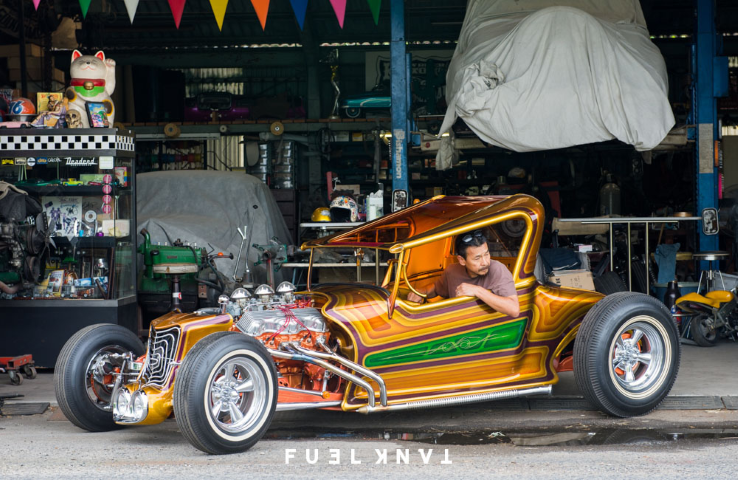 There are a lot of Ford Model T hot rods out there, but this one tops the list. The most interesting thing about it is that it’s not made in the US. It’s made in Japan. Its creator, Junichi, owns a hot rod shop in Japan, Paradise Road. It won’t be much of a stretch to say his shop is the most famous in the country.

The Galaxian is powered by a 1959 Chevrolet V8 Junichi got at an auction. The headlights are taken from a 1959 Caddy. Many parts of the car, such as the grill bar, he built from scratch. The top is custom built as well. The car has no doors, so you have to lift the top to get in.

There’s no price tag to slap on the Galaxian, as it’s Junichi’s car, and he doesn’t intend to sell it any time soon. 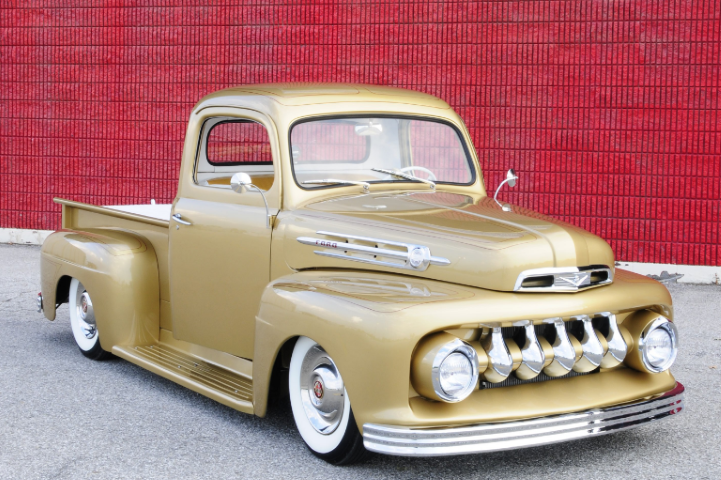 This great looking custom was not built by a company or a shop. Rather, it was built by an enthusiast. Shannon McMahan got the truck itself from his dad, installed a Ford 351W V8 engine, and gave it a classic but stylish paint job.

Similarly, this car doesn’t have a price tag since Shannon doesn’t plan on selling it. 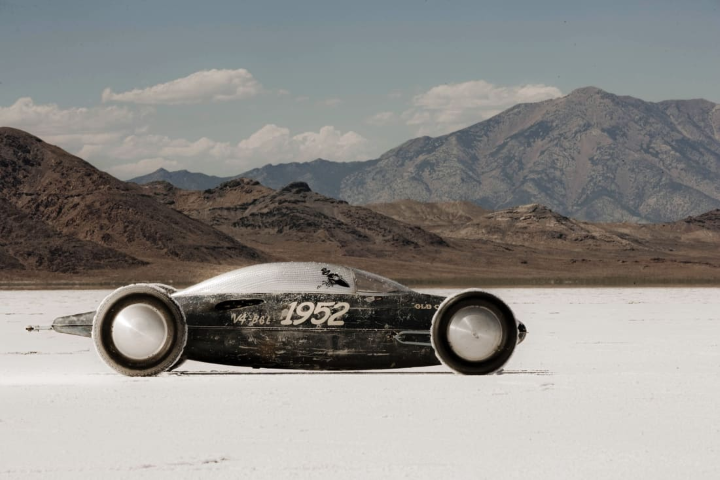 If this car looks aerodynamic, it’s because it was designed to be like that. The body is made from a drop tank of a WWII fighter jet. The people who made it, Old Crow Shop, were most likely WWII aircraft engineers. When the war ended, and there were a lot of fuel cells lying around, they had a better use for them than just dump them at a junkyard.

The fuel cell is modified with a 1932 Ford engine and wheels taken off a milk truck. All of this could have been thrown out, but thanks to Old Crow Shop the old parts were made into a car that could accelerate to 137 mph.

There were a lot of lake racers, or belly tankers as they are often called, but this one became an icon.

It’s currently owned by Lucky Burton and Bobby Green that make up Old Crow Shop. You can even buy the merch with this car. But the car itself is not for sale. You can buy a belly tank like this anywhere from $15,000 to $100,000, however. They’re very rarely on sale, though. 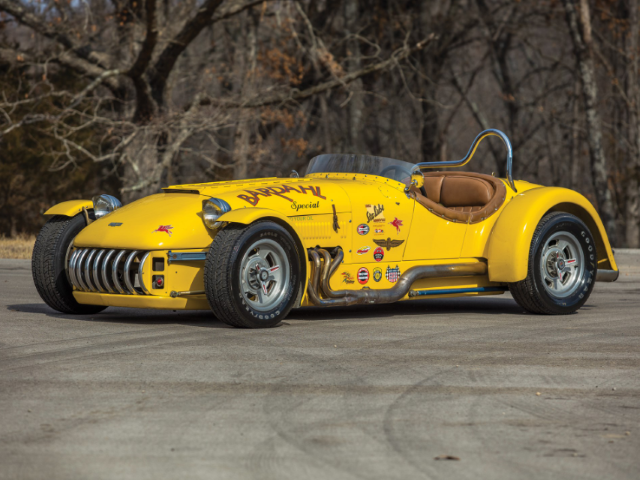 Built by Frank Kurtis in 1953, the car was meant to to be used for races. There were only 20 of them, but the impact was huge. Kurtis’s cars were used on Carrera Panamericana and ranked similarly to cars made by huge companies like Mercedes and Ferrari.

This vehicle is a reconstruction of the old legend. It’s custom built by John Ward for 1991 Carrera Panamericana. Do we have to mention he won the race?

This K2 500S has a Chevrolet engine and NASCAR transition. It’s street-legal and race-proven. The car was sold at Sotheby’s for $89,600 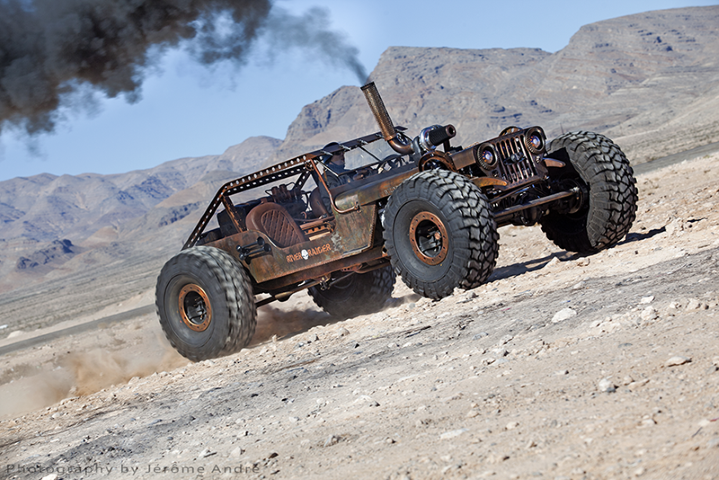 This custom built car screams unapologetically diesel. You know it’s not following any green regulations and shows it by proudly placing the exhaust pipe on display.

Made by Hauk Designs, the car is based on the 1947 Willys. However, it doesn’t use one Willys hood, but two. The wheelbase is custom built to endure the power of a V12 Cummins turbo diesel. The suspension is good enough to withstand a rocky trip on Mars. However, if you look inside, you’ll understand it’s more suited to be in a Mad Max movie. 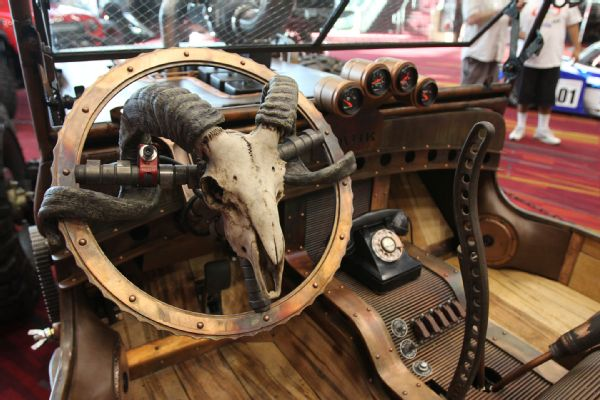 The car is sold, but Hauk Designs does not disclose the price. 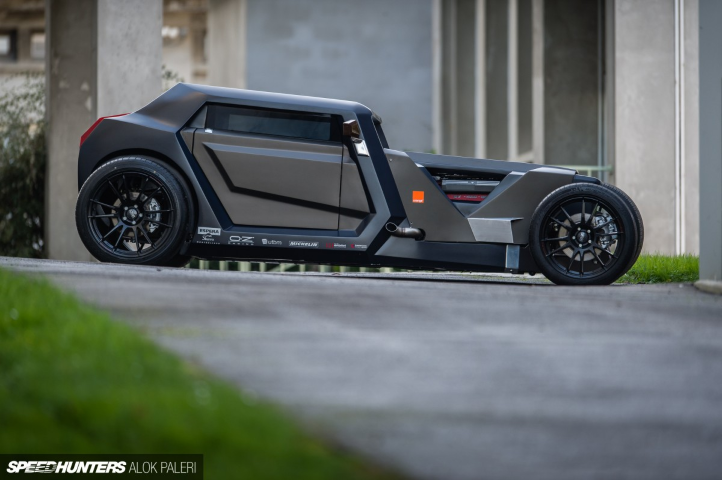 This futuristic hot rod was created by students of Espera Sbarro Montbéliard who took time off their studies to create the car in 40 days. Now, that’s a good reason to buy essay online.

The EIGHT that this team presented at the Geneva Auto Salon looks like Batman took up hot rodding. They got a Maserati V8 engine from Franco Sbarro, the school founder. Despite the modern look, there was some place for the traditional hot rod mania for recycling, as the engine was taken from a car wreck.

As for the price, the EIGHT is probably never going to be sold just like other Sbarro concepts. 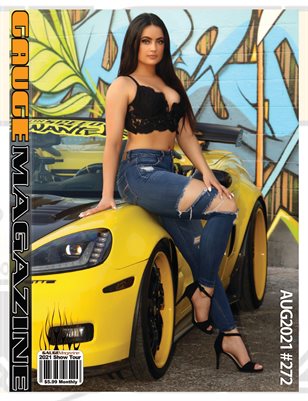