When it came time for me to decide on what to use in my car for Slamology this year I was kind of stumped. I hadn’t really thought about it and before I knew it June had snuck up and it was show time. The only options I had were to run what I had which was the NVX audio build that I wasn’t super happy with or find another brand. It had only been a month since I had been introduced to Genius Audio and had done a product review for them which the products did well but they weren’t really what I wanted to run in my car. The GLT amplifiers are more along the line of Micro amps and in my car microamps didn’t seem to make sense. They did make sense for my wife’s Prius though so I decided to use them along with a couple of Genius 8″ subs for her car. That’s great that her car was figured out but what about mine. I decided to go thru the Genius catalogue and look at the pricing to try and find something that would work. It doesn’t do me any good to just throw in the biggest and most expensive equipment I can get my hands on because at the end of the day my car is used to show my customers what can be done. If after every demo I had to follow it with “That costs about $8,000.00″ I’m pretty positive I wouldn’t get many sales. My car needs to have entry to mid level products that are affordable and perform and the big question was does Genius Audio have such a thing.

After thumbing through the catalogue and comparing specs I landed on the GXP line of amplifiers and the Vulkan V7 12” subwoofers. We will discuss the subwoofers in another article and focus on the GXP amplifiers for this one. I chose the GXP amplifier because of the price, size and rated power output, of which I had no idea if it was accurate. I ordered the products, they arrived on a Monday and I had the car built by Wednesday night. I didn’t tune it or anything before loading the car into the trailer, just confirmed the amplifiers had power and that’s it. Friday morning I unloaded the car and gave its first demo to customers on Saturday. With fingers crossed I prayed it would sound good enough that I wasn’t embarrassed. Well, I sure as hell wasn’t embarrassed and my customers were nothing less than impressed. I beat on that car all weekend at the show giving demo after demo and the system never once gave me anything but amazing sound. I was blown away at the output I was getting with these mid-level products and decided to do a review on the amps to see what I was truly getting.

I took the three amplifiers to my shop to set them up on the bench so I could Dyno them. I actually recorded the entire review and posted on my YouTube channel Custom Audio Reimagined or I’m sure Donnie was cool enough to put a link on this articles page. 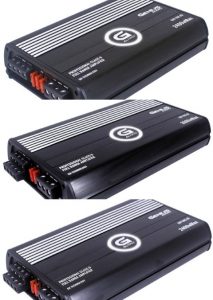 The first amp I tested was the 450.2 which is what I have running my subs. That’s right, I’m using a two channel amp to run my subs. That is something I haven’t done in 20 years since mono block amplifiers came out and I really had my doubts it would have the power needed. The rated power output of the amplifier is 450 watts x 2 at 4ohms, 650 watts x 2 at 2ohms and 1200 watts x 1 bridged. On the Dyno this amplifier destroyed its rated numbers with 550 watts x 2 at 4ohms, 850 watts x 2 at 2ohms and 1032 watts x 1 bridged. As you look at those numbers, I want to point out two things, the first being it didn’t hit 1200 watts bridged but I blame my bench’s electrical for that since I dropped to 12.2 volts during testing. The second is that if you had any question of the power just look at the 2-ohm output which I’m is how running it in my car. It pulled 850 watts x 2 which is 1700 watts total power going to my 12″ subs. To some of you those are small numbers but for a nice street banger that’s plenty of power and with a price tag of $295.95 MSRP I am more than happy with its performance. 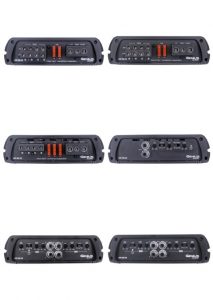 I have decided this brand is a no brainer and I am now a dealer. With the performance I heard from my car and my wives compared to the price tag as a shop owner I would be a fool to not carry the line. These amplifiers outperformed their rated power but also my previous system which cost much more than the Genius product did. So, for less money and equipment because I was actually able to remove an amp by running the 2 channels to my subs I now have a better sounding system in my car. Like I said before, it’s a no brainer. I’m not sure where this brand has been hiding, since it’s been around for 35 years, but I am glad I found them.  Book your appointment today and have genius installed in your vehicle.  www.car765.com