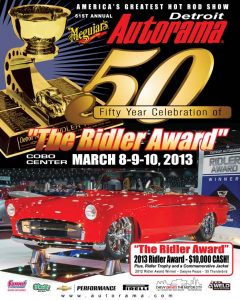 Detroit Autorama 2013 was a huge event for the 50 year celebration of the Ridler Award.  The Autorama was held on March 8-10, 2013 in Detroit, MI.  Also, this year everyone seemed to be a little teary eyed because Rob Cizek had won the Don Ridler Memorial Trophy with his vehicle being voted the Best Custom Street Rod in the country.  The vehicle, called “Checkered Past,” is a 1940 Ford Coupe, a fine beauty at that.  The Don Ridler Memorial Award has been won by many well-noted car designers and builders, but this year seemed to pull on everyone’s heart strings.

Detroit Autorama is known at “Americas Greatest Hot Rod Show” due to the fact that it showcases custom cars and hot rods each year.  The event is even promoted by Championship Auto Shows Incorporated (CASI) and hosted by Michigan Hot Rod Association (MHRA.)  At Detroit Autorama, specific vehicles that are promoted as a Ridler Contender are moved to the Cobo and are voted to win the “Great 8.” The Great 8 are vehicles that have been voted on to win the Ridler Award. The criteria to win the ridler award is to be the “most outstanding from among the cars being shown for the first time.” Also, the vehicle must have “limited media exposure,” prior to the event and must be minimally operable.

Detroit Autorama has been going on for 50 years and is still going on to this day.  We have years of previous Detroit Autorama content that is the best of the best, just for YOU! Each year, there is always something new to see and all of the cars are completely unique.  Detroit Autorama is one show that you do not want to miss, with everything new happening every year, youll be sure to walk away with some inspiration for your next custom vehicle! 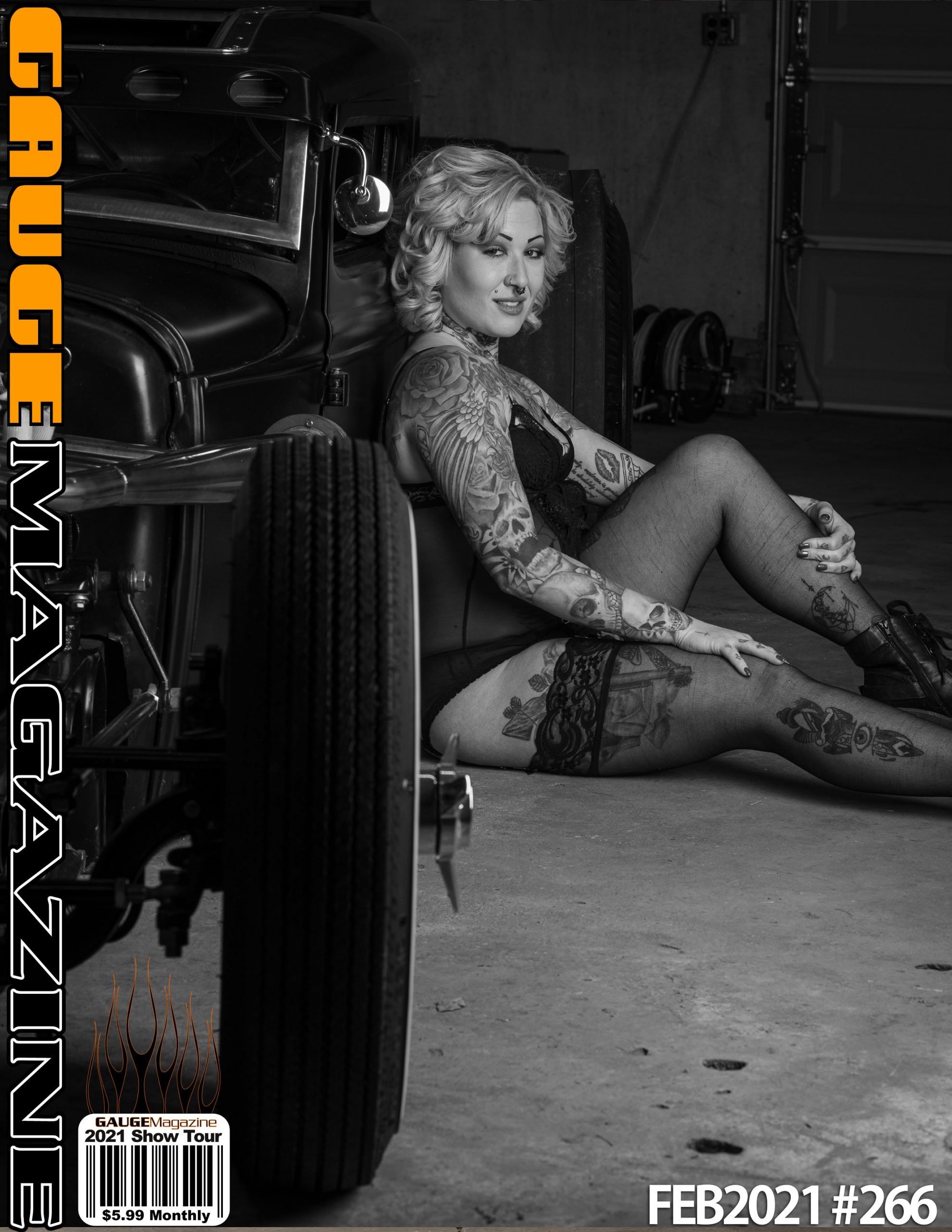 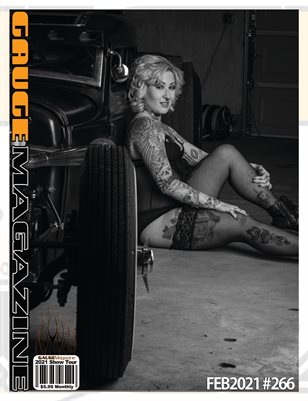