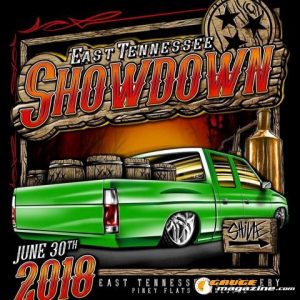 East Tennessee Showdown 2018 was held on June 30th, 2018 at the East Tennessee Distillery in Piney Flats, Tennessee.  With over 225 entries, the entire venue was packed full of amazing vehicles from all around!

There are many reasons why this location was a total blast, not only did you get to see some of the sweetest rides but you also got to sample delicious moonshine!  The owner of the East Tennessee Distillery made sure that the attendees were treated with a special treat, a specially made moonshine just for the event.

East Tennessee Showdown 2018 had even more to offer than just the moonshine and amazing rides!  Drop Em Wear was on site along with Direct Paintless Dent Repair, Minitruckers Union, Lay’n Licks Pinstriping and many others. But all great things must come to an end!

The show ended with awards going out to those who had the Best Truck, Best of Show, Best Car, and more. 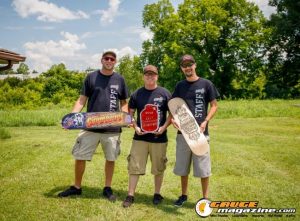 Kevin Riffey took home the Best of Show award with his stunning Corvette. The Best Truck award went to David Sluder for his C10 and the Best Car award was presented to Benny Broyles with his amazing VW Jetta. The East Tennessee Showdown crew also gave out the “TN Top 3” awards which were presented to Craig Rowley, Randy Fortenberry and Dennis Ricks. Last but not least, the Best Paint award was given to Josh Ellis for his one-of-a-kind mini truck “The Look That Kills”!

Congratulations to all of the award winners!

East Tennessee Showdown 2018 already has their 2019 show date planned for June 29th, 2019.  Make sure you have your ride ready and roll on out to that show, you wont regret it!

Looking for more coverage on Mini Trucks?  We have exactly want you are looking for!