Family Day Lowrider Picnic 2021 was held in Raleigh, North Carolina from July 24-25, 2021. If you wanted a fun, laid back and relaxed atmosphere to hang out, this was the event to be at.

Saturday evening started out with a get together with the various clubs and their members as they rolled into town for Sunday’s event. Sunday morning cars started rolling into the event around 9:30 or so and kept rolling in through out the day.

You could find lowriders or all makes and models, all different styles, paint schemes, designs, patterns, you name it. You had flake for days, etching all over, some chrome, some gold, some polish, some water drops, and of course plenty of leafing. There were displays of custom bicycles, pedal cars, antique strollers (all of these customized and painted) and even a couple kids rolling around in power wheels doing their own hopping. 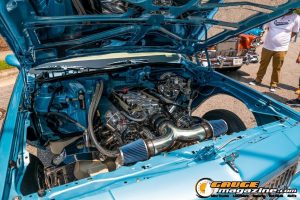 You also had custom motorcycles on display at Family Day Lowrider Picnic 2021. You could see cars that were local and some that were states away going north, south and west. Clubs had members present from as far as away as the west coast, some from far up north representing clubs such as Rollerz Only, Those Dudes, Majestics, USO, Obsession, High Class, and Loyalty to name a few.

Throughout the day you had people hanging out, catching up with friends with the dj spinning records to some old school classics. At the end of the day, you had the hopping contest with 3 cars putting on a display. As with any hopping demo, it’s not a demo if you don’t break something or see some smoke to which you saw at least one of those 2 items on each car but they still managed to put on a show for the large crowd with some doing some hopping and one sitting on the bumper looking sky high.