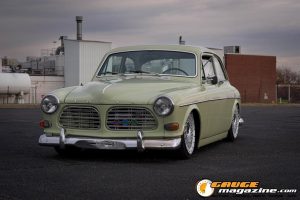 What was the inspiration?
I’ve wanted to bag a car for a long time. Drew inspiration from the euro culture. Had to have original interior and a usable trunk. Want the rest to be clean. Originally had other wheels in mind, smaller 16s with a little poke. Big Mike, the suspension fabricator wasn’t too keen on the idea. I had entered an Instagram contest to win Rotiform Monoblock wheels for Christmas and won! Wasn’t sure how it was going to work out with tucking 19in wheels but it came out great without too much fuss. Mike would have loved the look too.
How long did it take you to build?
I spoke to Big Mike several years ago about bagging it and he said give him a call when I was ready. Jump to August 2019, and the time came. Went under the torch in that September and emerged in March 2020 during the beginning of Covid restrictions.
How long have you been building?
This is my first “build.”
Your future plans?
Interior is coming back out for sound deadening, paneling fixes, rewiring and headliner. Larger air tank and an additional compressor. Long term, engine and transmission rebuild, body, paint and trim. Custom wheels.
Vehicle history
Previous owner had since 1971 and put a documented 376,00mi on the 5-digit odometer but estimates it has half million miles when I acquired. Engine swap to a 1975 Volvo B20 engine. Decked head, street cam. Transmission swap from standard M40 4spd to M41 4spd with j-type Laycock overdrive from a 1970 Volvo P1800. I flew out to Eugene, Oregon with one of my brothers. Owner and his wife picked us up from the airport. It was a late flight, we landed around midnight but with the first opportunity to drive the car I test drove until around 2am. Long day. Owner put us up in his house for the night. Next morning organized a crate of spares to be shipped back home to Indianapolis. Then we were in our way, 2500mi road trip. But first a jaunt to the west coast and the 101. Time became a factor and a 5day trip had to be turned into 3. So after the coast we trekked to Bend Oregon for the night. The next day we set off, 2days nonstop. Early in the trip team into issues with a leaking pinion seal, but topping off at every fill up seemed to work. Got home, and enjoyed the next couple years as was. Previous owner had lowered it with lowering springs. The rear springs likely suited for the heavier wagon model put a lot of rake in the stance. I cut out about 2in and evened it out on the 15” aftermarket steelies with moon caps wheels. The wheel search began and actually still continues. The trouble I ran into is the Ford 5x4.5 bolt pattern, while common, doesn’t offer many period correct European styles - lots of American hotrod options. But I have an idea I want to try to pull off a subtle euro look.
Thanks to
Big Mike Mendenhall and all the guys with Uncle Bubs Garage. Andrea and the kids for putting up with me. My brother Matt for shooting ideas back and forth. VP Autoparts for the wide selection of OEM Volvo parts, accessories and interior.
Previous Rides
2003 Mini Cooper R50

Upholstery Description
VP Autoparts, made in Sweden on OEM templates. Dark green vinyl.
Upholstery By
Self 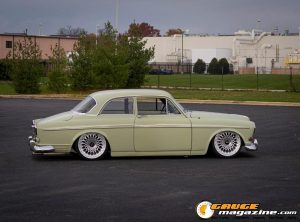 Can My Mechanic be Liable If Faulty Repairs Caused My Motorcycle Accident?