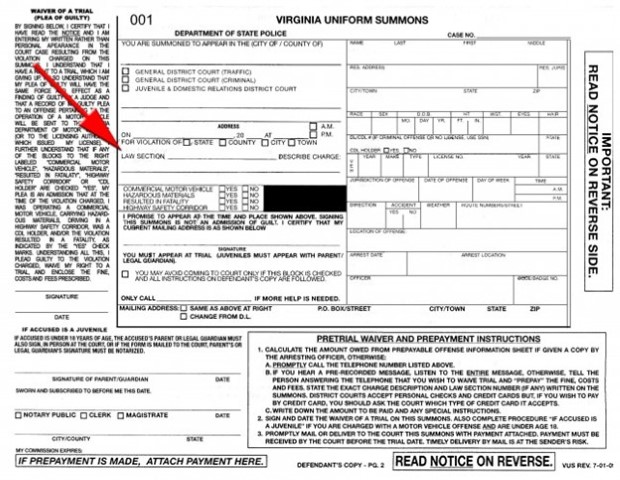 Being a driver is not all about driving around without paying attention to what’s around you. Quite often people get a ticket for the simplest of things but at other times, if it is a more serious crime, you can end up in jail. One such violation that you can get away with only a fine is reckless driving. Now, the term itself is very broad and different states interpret the reckless driving ticket differently. However, there is one definition that most states agree on.

So, the way reckless driving is defined is operating a vehicle in such a way that you do not pay attention to the safety of property or people. To put it simply, the driver was aware that he might inflict damage to certain people with the way they are driving. Moreover, there are some other violations that are also considered to be reckless driving. Speeding over 100 miles per hour, street racing, and passing a school bus belong in this category. So, what about getting the ticket, what does this mean and how serious is it? Keep reading to find out more about it!

People who get a ticket for DUI (driving under the influence) are usually in a big trouble. However, in a such a situation it is possible to bargain for a less serious charge. Because getting a reckless driving ticket is considered to be a less serious charge than DUI, people usually succeed to bargain for it. This does not always have to be the case; it all depends on the severity of the accident. But if you think that getting the reckless driving ticket will not get you into any serious trouble, you are wrong. In fact, you might even end up behind bars.

Yes, a person who is charged with reckless driving can end up behind bars for up to 90 days, if things go really bad. However, the usual amount of money people have to pay for this ticket is from $50 to $1,000, all depending on the severity and the state where the accident took place. Moreover, you can also get a traffic violation points deduction, which is not considered to be something serious. There is one more thing you have to know. Reckless driving can also lead to license suspension and you will be forced to alternative transportation.

As you can see, the range of charges and tickets people might get is very different. Even though the “best” charge you might get is paying $50, you should also consider that you can even end up behind bars. The best way to avoid getting charges like these is to keep away from any trouble in the first place. Yes, accidents might happen and they happen quite often but keep your eyes open all the time. In fact, never perform reckless driving because this is going to result in the worst possible charge for you. So, after reading this article you know a lot more about getting a reckless driving ticket than you did before!