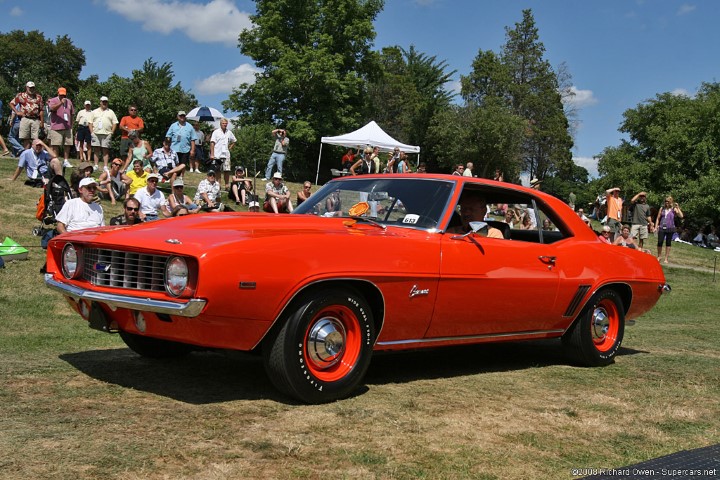 Lucky for us, we live in an era where cars come in all shapes and sizes. There is something for everyone and choosing the best car for you can sometimes be tricky because there are a lot of cars to choose from. However, this does not mean that cars in the past were bad. On the contrary, they were absolutely stunning and this is the main reason why in this article we are going to take a look at some of the best classic muscle cars ever made. They are a true piece of the American car history.

The golden era for these vehicles was the period between the 60s and 70s, where a huge amount of these iconic cars were produced. Not only they had the power but they were also stylish and masculine. You cannot imagine a young person in the 70s not wanting such a car. In this great bunch of astonishing muscle cars, there are some that simply stand out and are much better than the rest. However, we are not only judging by look. No, these cars also had bigger power, better brakes and smooth handling. Keep reading this article to find out more.

The term muscle cars was first created in 1964 by an automotive journalist, Brock Yates. We are going to begin our list with a rather unusual car. This car was designed in America but manufactured in Italy. We are talking about the 1969 AMC AMX/3. It had 340 HP and only five such cars were ever produced. The current estimate of how much the car is worth is around $2 million. We are going to feature another AMC car on this list. The next iconic muscle car we are presenting is the 1973 AMC Javelin. Even though this car had less power, it won the ’71 and ’72 Trans-Am race series.

Continuing our list of classic muscle, we present you the absolutely stunning 1969 Baldwin-Motion Phase III GT Corvette. No muscle car list can be complete without a Corvette in it, and the Corvette we feature here is one truly unique. It has massive 500 HP and only 10 such cars were ever made. Owning this car now means you are one very lucky person. The next car we are going to feature is the 1970 Buick Skylark GSX Stage 1 model. This production car was once labelled as being the fastest American production car of its time.

Chevrolet also has two cars featured on the list. Of course, we are talking about the 1970 Chevrolet Chevelle SS 454 and the 1969 Chevrolet Camaro COPO ZL1. The Chevelle had 450 HP, whereas the Camaro was more powerful, having over 500 HP. We are going to close our list with two stunning specimens. The 1969 Dodge Charger Daytona and the iconic 1970 Ford Mustang Boss 429. There are plenty of other cars that can be added in this list but we tried to pick the best from the best classic muscle. Each car is absolutely breathtaking.