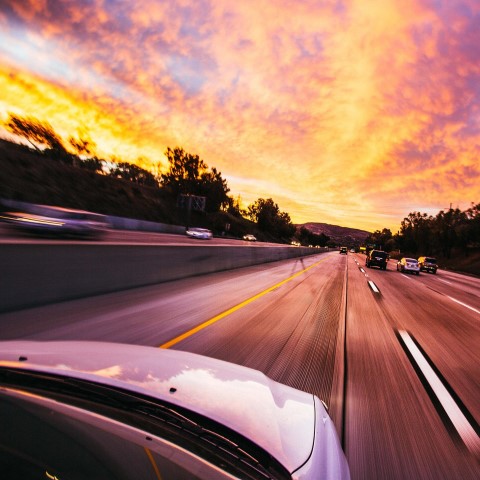 The NHTSA defines aggressive driving as driving in a manner that endangers or likely endangers persons or property. There are three common types of aggressive drivers with distinct characteristics and explanations for their reckless driving behaviors. If you feel you have been the victim of an aggressive driver then contact   for a free consultation and discuss your case.

A joint study conducted by the National Highway Traffic and Safety Administration (NHTSA) and Psychological Science found that some drivers drive aggressively when they are less visible, for example at night or in vehicles with tinted windows. Research conducted by the AAA Foundation found that more than half of all accidents involve at least one aggressive driver.

Many drivers become impatient drivers when they’re late. They don’t have time to wait their turn, yield the right of way, stop at stop signs, or slow down at yellow lights. These drivers may speed through a pedestrian crosswalk before it is clear or even speed through a school zone. These drivers may not always drive aggressively but when they’re late, where they are headed and when they’ll arrive is more important than safety.

When drivers are in a hurry they may drive aggressively just to prove a point to others. They could tailgate the vehicle in front of them to encourage them to speed up or flash their lights so send a message. These passive-aggressive types also increase their speed when they’re being overtaken by another vehicle because they feel that vehicle is driving too fast. Their aggressive tactics may be reactionary but they endanger the lives of other drivers.

Some drivers ignore the rules of right of way and don’t adhere to the moving traffic laws because they feel as though they don’t have to. They take advantage of the driving of others and know that they will yield to avoid an accident. Their behavior is unpredictable because they don’t adhere to the same safety standards that other roadway users do.

There are drivers who also see each encounter with another vehicle competitively. They choose to ignore speed limits because they intend to beat you to the next stop sign. Driving like this can endanger others and should be saved for video games and movie sets.

Car aficionados can develop aggressive driving behaviors because of what their cars are capable of. Their horsepower, improved aerodynamics, sound-system, and driving skills are important to them and they want to show off. These drivers may accelerate quickly, spin their tires, or brake suddenly to demonstrate what their vehicles can do.

Some aggressive drivers develop bad habits like following too closely or changing lanes frequently. These drivers ignore the safe following distance because they’ve grown accustomed to their aggressive behaviors. Aggressive driving behaviors, though reinforced over time, can create harm for you and other drivers as well.

What do I do if I am in an accident with an aggressive driver?

If you’re involved in an accident with an aggressive driver, then it is important to get to a safe place and seek medical care. Call the police and have them file a report and collect the statements and contact information of any witnesses. Consider seeking the assistance of a competent legal attorney that can help you litigate your case.