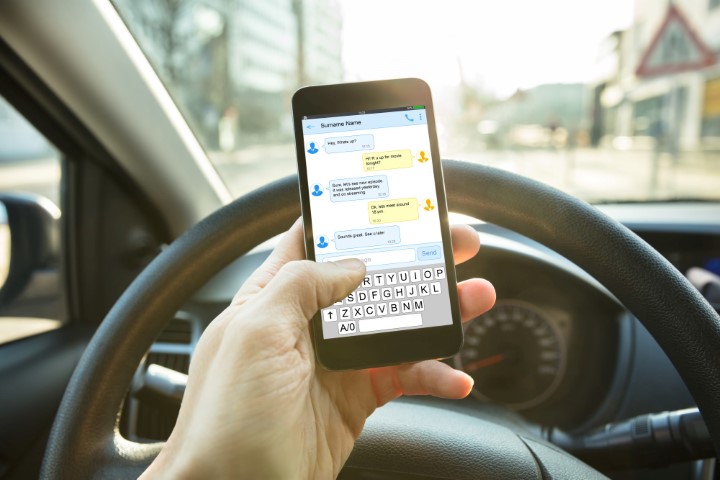 Did you know that close to 400,000 people are injured in crashes involving distracted drivers each year? One of the biggest causes of distracted driving is texting while behind the wheel.

Thankfully, an end to this dangerous habit may be in sight. Artificial intelligence (AI) is now being used in the Australian country of New South Wales (NSW) to detect when a motorist is texting and driving. How does this work, and will we ever end up using something similar in the United States? Here’s everything you need to know.

How Do AI Cameras Detect Texting and Driving?

These cameras, made by a company called Acusensus, were deployed as part of a pilot program last year. During the six-month time between January and June of 2019, the system checked 8.5 million vehicles and detected over 100,000 motorists texting while driving.

It works by taking images of each vehicle’s front row using a high-definition camera. Then, AI is used to automatically review these images and flag drivers who are seen using their cell phones while behind the wheel.

Once the images are flagged, “authorized personnel” reviews and verifies the images. During the first three months of the program, any drivers who were caught received warning letters.

After that, they began receiving fines of 344 AUD ($233) and five “demerit points.” Those caught texting while driving in a school zone would receive a stiffer penalty of 457 AUD.

Now that the cameras have been installed and the program is active, it’s expected that the system will check 135 million vehicles by the year 2023.

How the Average Motorist Can Benefit

The dangers of texting while driving are well documented. In fact, this habit, along with other types of distracted driving, resulted in 2,841 deaths in 2018. Unfortunately, there’s a good chance that without some type of intervention, this number will continue to rise.

There aren’t enough police on the roads to catch a significant portion of drivers who aren’t willing to put their phones away while they’re behind the wheel. The AI camera system has the potential to significantly curb this activity — keep all drivers safer.

Note: If you’re one of the unfortunate people who have been in an accident with a distracted driver, you may be entitled to compensation! Read more about this here.

Currently, the inside of your vehicle is considered a semi-private space. People do all kinds of things in their vehicles – from changing their clothes or eating dinner to putting on makeup and using their cell phones.

Right now, especially in the United States, we hold our right to privacy in extremely high regard. We would have to decide that the potential for reducing distracted drivers is worth more than the trouble caused by this invasion of privacy.

There are also some concerns about the accuracy of these images. False positives will inevitably occur, and the thought of every driver being subject to having their photos randomly examined by authorities is another cause for concern.

Finally, these images can detect many things other than using a cell phone.

The images can detect things like smoking, eating, changing the radio station, and drinking. But – it likely can’t tell if someone is drinking a beer or a root beer. Does this mean that anyone drinking a beverage would then be subject to scrutiny under the guise of possibly detecting a DUI?

The cameras could also possibly detect things like guns or drugs in the vehicle, sexual activities happening while on the road, and an array of other issues. This opens up a whole new can of worms concerning the expectation of privacy and law enforcement.

The makers of the cameras in Australia stay that the system is designed to only capture images of the drivers, and not the passengers, but it’s unclear how well this system works to maintain a passenger’s privacy and if any system that came to the United States would also have this feature. There’s also the concern regarding how long law enforcement and others who have access will hold onto these images.

Will AI Cameras Come to the U.S.?

After considering the concerns mentioned above, it’s clear that if this system were to come to the United States, a great deal of debate would have to ensue first. This would represent a fairly significant change in the way people drive in America and is sure to be met with some push-back.

However, it’s not unheard of. Police already use many different kinds of technology to help keep us safer and enforce laws. This includes facial recognition technology, license plate scanners, and aerial surveillance.

Other technology, like red-light cameras, are also used to curb unwanted driving behaviors, so many of the concerns that would be raised regarding these AI camera systems have already been addressed.

Of course, the specifics would need to be debated and finalized. It’s likely that this decision would ultimately be left to state and local governments, rather than being made on a federal level.

So – will these cameras arrive in the United States? This remains to be seen. However, there is a good possibility that we will see some version in the coming years.

The future of AI will soon make the roads safer for all of us. In the meantime, please do your part as a responsible motorist and don’t text and drive!

Want to learn more about all things driving-related with car show coverage? Take some time to browse through a few more of our blog posts.