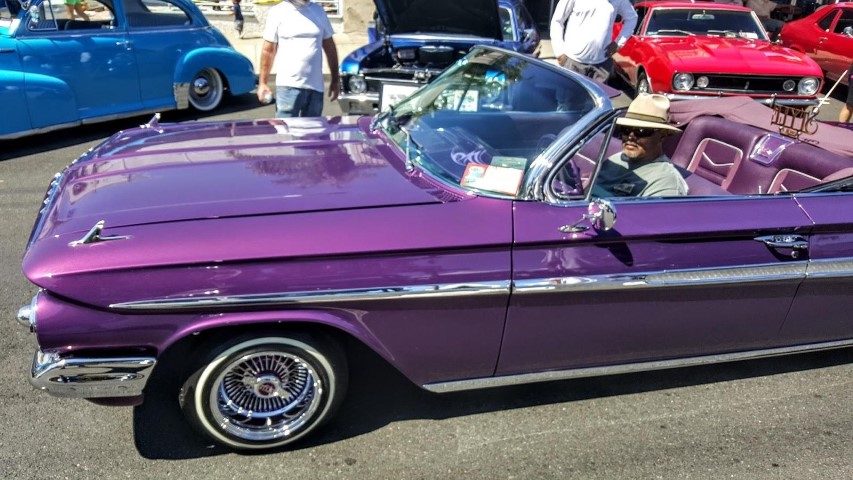 Lowriders have hit middle-age, but there’s no mid-life crisis here: Take the scenic route through this fascinating car culture, from its history and Hollywood milestones to surprises about who has embraced them.

They’re so much more than cool props for TV shows and movies, and our drive down memory lane will include fun trivia as well as practical info, such as car insurance for exotic and vintage cars. 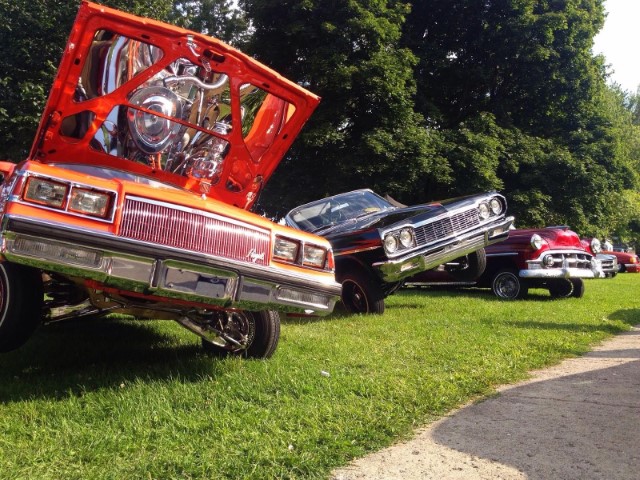 A lowrider is defined as a car or truck that has had its suspension modified to decrease ground clearance. It usually includes an added hydraulic system or air-ride suspension that gives it the ability to bounce or vary its ground clearance rapidly.

But lowrider aficionados know it’s so much more. It’s an art form. It’s a community builder. It’s a cultural phenomenon. To get a fuller picture, let’s see how it all started.

Historically, lowriders were mostly Latino men from Texas, the Southwest, and southern California. Lowriders were first crafted in barrios in the mid-to-late 1940s as unique symbols of personal creativity and Latino cultural identity — a counter-cultural expression against the traditional use of mainstream vehicles.

These iconic cars were actually an evolution of the traditional Mexican paseo, where young men and women would gather in town squares to eye each other and mingle, and the more determined men would arrive on horses decked out like parade floats.

So while Pasadena had its annual Rose Parade, Angelino lowriders cruised at a parade pace from Boyle Heights near downtown into East L.A. and along Whittier Boulevard. The rolling works of art, lowered within inches of the road, showcased lacquered frames with brilliant colors, geometric patterns, religious symbols, and velvet trim.

The uniqueness of lowriders fueled their popularity, and since the 1950s, car clubs and family members have converted older cars for cruising, shows, and competition at events. Lowrider culture grew in the 1960s and 1970s and linked itself to the emerging Chicano civil rights movement. Lowriding started edging into the American mainstream in the ‘70s.

With everything from magazines to video games, lowriding is now fully entrenched in the mainstream.

The Queen of the Lowriders

Most of America got its first glimpse of a lowrider in 1974. At the suggestion of Freddie Prinze, the title sequence of the sitcom Chico and the Man featured a clip of a lowrider called the Gypsy Rose cruising East L.A., with owner Jesse Valdez, lowrider patriarch and founder of the famous Imperials Car Club, behind the wheel.

That eye-popping Impala, sporting dozens of immaculate roses against a pink metal flake background, is known as the most famous lowrider. It became the first lowrider inducted into the National Historic Vehicle Register in 2017 when it was displayed on the National Mall in Washington, D.C.

When Jesse Valdez Jr., passed away in 2019, the Gypsy Rose found a new home at the renowned Petersen Automotive Museum, located in the Miracle Mile neighborhood of L.A.

The Lowrider as a Worldwide Phenomenon

Love for lowriders has spread not only across the United States but also around the world. In Japan, there are lowrider car clubs from the ‘70s golden-era feel in Nagoya to the ‘90s gangsta-rap-era in Tokyo. In Sao Paulo, Brazil, lowrider bikes are more prevalent than cars because they’re more affordable

Lowrider culture has even been elevated to academic status, thanks to the 1st Annual International Lowriders Studies Conference, held early in 2021 on Zoom and sponsored by the Save the Kids organization based in Utah.

Over a dozen sessions were held, including “Bouncing Across Borders: The Globalization of Lowriding,”  “Mental Health and Lowriders: Lowrider Social Work,” and “Lowrider Feminism: In Front of and Behind the Lens.”

Before getting into the practicalities of owning a lowrider, let’s take a little side trip to see how many interesting tidbits you know about lowriders and popular culture.

Funk pioneers War celebrated Long Beach Chicano culture with their laid-back anthem, which peaked at No. 7 on the Billboard charts on November 29, 1975.

San Jose State students Larry Gonzalez, Sonny Madrid, and David Nunez debuted the first issue in January 1977, seeking to present a voice for the Chicano community in the Bay Area. After ceasing publication in 2019, a rare issue is now worth $3,000.

“Let Me Ride” with Dr. Dre feat. Snoop Dogg. It continued to make appearances in Snoop and Dre’s videos, as well as many other rappers, on the way to becoming the most iconic car in hip-hop.

#4 – When did Lowrider for Sony PlayStation 2 come out, and where was it originally released?

The PS2 version came out in 2003, and it was originally released in Japan as Lowrider ‘Round the World.

#5 – What famous musician is quoted as saying about car design, “There is something about low, and long, and sleek that . . . it’s just beautiful?” (Hint: He donated his car collection to the Petersen Museum in 2020.)

Metallica frontman James Hetfield, who was building cars before playing guitars, and who donated 10 unique cars he and his partners built, titling the exhibit “Reclaimed Rust: The James Hetfield Collection.”

Getting Your Own Lowrider

If you want to build your own lowrider, look for Cadillacs, Lincolns, Monte Carlos, and Cutlasses. They’re associated with the lowrider body type. Adding a hydraulic system can range in cost from $400 to $1,000.

The cost of a lowrider can vary widely, from $2,000 to $20,000, depending on the car’s condition and the type and extent of modifications. You want your lowrider to turn heads, and if it doesn’t, you want to make sure you have the money to renovate it right.

If your car has the ability to hop, you’ll most likely have to jump through a few hoops yourself to get the right insurance for it.

Insurance for any vehicle out of the ordinary will present additional challenges since insurance companies see it as taking on a greater risk.

Instead of conventional car insurance, you’ll need specialty car insurance. One of the reasons has to do with the car’s value. For vehicles that have a standard policy, the value of the car depreciates year after year. But lowriders are in the category of cars that often increase in value year after year. So with specialty insurance, if a car is a total loss, the insurer would pay the agreed-upon face value of the vehicle.

For specialty cars, companies may require an appraisal report and detailed pictures if you want your car insured for its actual value. They may also have limits on annual mileage as well as requirements about how it is housed. Insurers just want to make sure that the majority of time the vehicle is safe and secured.

Where to Get Lowrider Insurance

Not all of the major car insurers will insure a lowrider. Look for ones that provide coverage on either modified cars or classic cars, such as Safeco and State Farm.

You may be better off with specialty car insurers, such as American Modern, Grundy, Hagerty, and Infinity.

Hagerty is the most recommended insurance company for lowriders since adding two categories of lowriders to its list of customized and collectible vehicles in 2004.

Lowriders that are 1980 models and older are insured under the same criteria as for street rods, are restricted to show, club, or pleasure use, and can’t be used by drivers every day.

Lowriders that are 1981 models and newer are covered under the same criteria as for exotic cars and are eligible for that rate with limited liability, uninsured motorist coverage, and a $1,000 comprehensive and collision deductible.

The newer lowriders that can be considered for coverage are only true show cars with a customized interior and exterior modifications and custom paintwork.

Shopping around and getting quotes from different insurance providers can help you determine the best course of action.

Whether you’re new to the world of lowriding or you’ve enjoyed these modified masterpieces for decades, we hope we’ve helped you better appreciate the artistry, pride, and popularity of these unique custom cars. 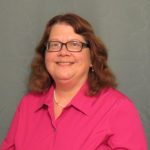 Karen Condor is a car insurance expert who writes and researches for the insurance comparison site, InsuranceProviders.com. She lived in the lowrider hotspot of southern California, which kicked off her love of custom car shows.