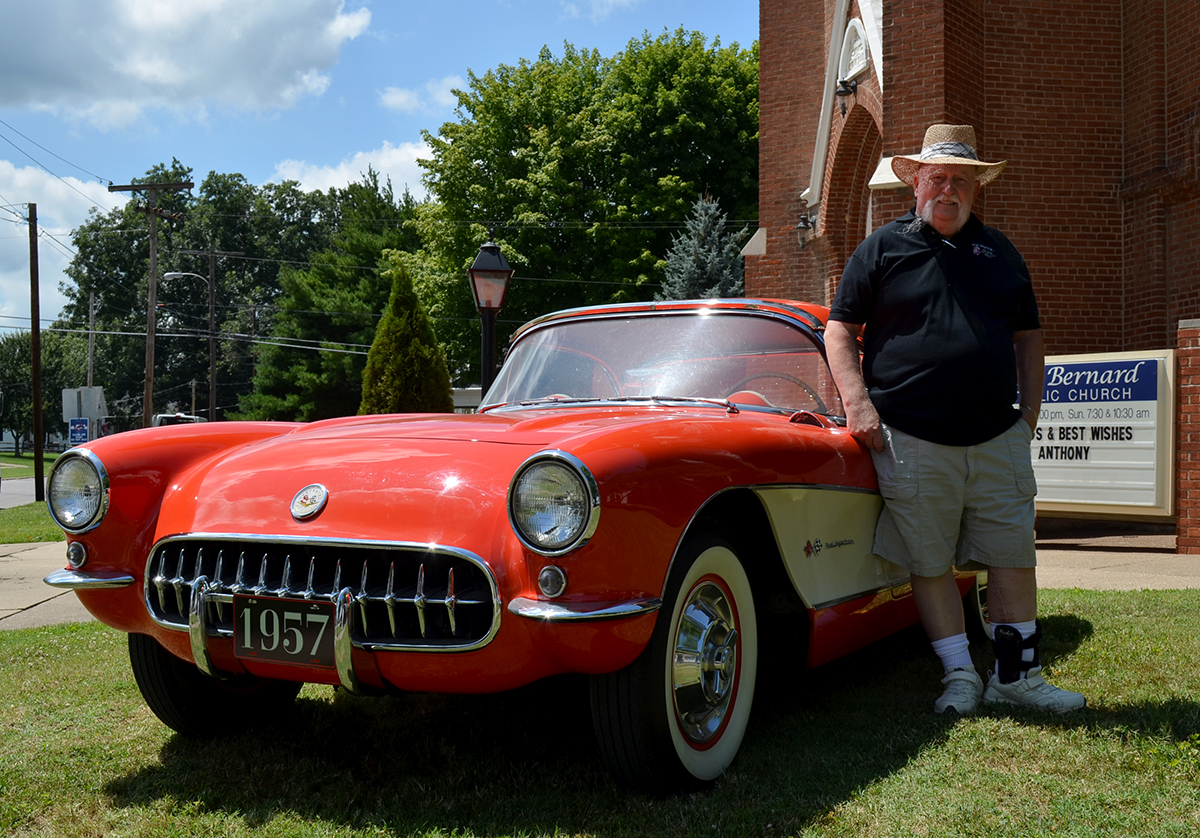 ROCKPORT, IN—–The winner of the 26th Annual Classic Corvette Giveaway benefiting Saint Bernard Parish and School in Rockport, Indiana drove over 820 miles from Southampton, New Jersey to claim his prize; a 1957 Corvette Convertible. Robert Drayton arrived in Rockport on July 28.  “I purchased eight tickets this year for $200.00”, said Drayton.  “What a great deal for a car this beautiful!  It’s fuel injected, which makes it even more valuable.”  Drayton’s name was drawn at the conclusion of the Saint Bernard Summer Social on Sunday, July 13. Drayton says he has purchased raffle tickets every year for as long as he can remember.  He owns many other classic cars and trucks and he says this classic will be the nicest of his collection.  After a few photos, Drayton took a test drive through the streets of Rockport before loading his prize on a car hauler for the trip back to New Jersey. Over 10,500 tickets were sold for this year’s raffle.  People from as far away as Australia, Italy, Germany, New Zealand, Canada and all across the United States purchased tickets.  Photos of the winner can be found on the parish website at www.stbernardcorvette.org. Tickets will go on sale for the 27th annual Corvette raffle in January, 2015.  Proceeds benefit Saint Bernard Parish and Saint Bernard Elementary School. Attached photo of Robert Drayton and the Corvette in front of Saint Bernard Church in Rockport, Indiana on Monday, July 28, 2014.  Photo by David L. Lovell. Website with photos and links to video of the Corvette:  www.stbernardcorvette.org