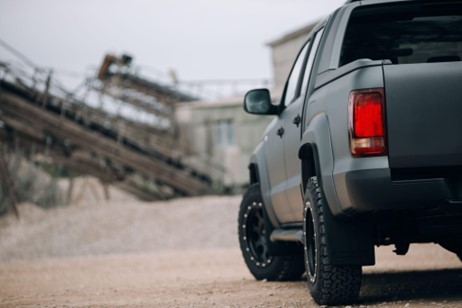 If you’re going to buy a truck, you are going to ask yourself Diesel vs Gas. Both gas and diesel trucks have their pros and cons, but diesel engines often don’t get the attention they deserve — at least, in America. Consider this: Gas vehicles account for around 90% of vehicles sales in the U.S., but diesel engines have nearly half the market share in Europe.

Foreign manufacturers like Subaru, Audi and Volkswagen now offer diesel engines in the U.S., which has improved competition. Domestic automakers like Ford and Dodge have upgraded their diesel trucks to make them more appealing to traditional drivers. The latest models are now greener and more efficient than ever before.

Gas-powered trucks may dominate in the U.S., but a diesel truck may ultimately serve you better in the long run. Keep these pros and cons in mind when choosing between diesel vs gas:

Diesel engines use large volumes of highly compressed air and fuel to produce mechanical energy. This allows them to haul heavy loads even at low speeds. Many consumers think of diesel trucks as “dirty” or bad for the planet, but these engines have come a long way in recent years. Diesel engines are actually more energy efficient than gas-powered vehicles.

Manufacturers began added exhaust emissions reduction technology to diesel vehicles in the mid-2000s to reduce the spread of NOx and toxic particles that reduce air quality. Most diesel trucks now use some combination of exhaust gas recirculation (EGR) cooling, which reduces the temperature of the exhaust gas, and selective catalytic reduction (SCR), which injects a special fluid into the combustion chamber that converts toxic particles into gases that form naturally in the atmosphere.

Even though diesel trucks cost more upfront than gas trucks, diesel engines last longer than gas vehicles to help you get the most bang for your buck. They contain fewer parts and deteriorate slower than gas trucks, which reduces the chances of something going wrong on the road.

Certain diesel engines models come with pain points, but you can solve the issue by replacing your EGR coolers and other emissions reduction technologies. For example, the Ford 6.0 Powerstroke engine is known to have a faulty EGR cooler and injection control system. You may need to replace your (ICP) sensor 6.0 when buying a new or used Ford diesel truck. 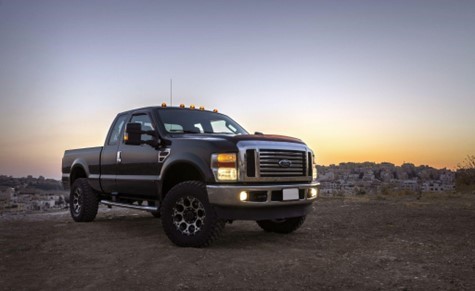 Once you address these issues and learn how to maintain a diesel engine, your truck should last between 500,000 and 800,000 miles, which puts any gas-powered truck to shame. This also adds to the resale value of your truck. You should be able to sell your truck for a decent amount of money even after a decade of driving.

Diesel fuel may cost more per gallon than regular unleaded fuel, but diesel packs more energy into every ounce of fluid to help you get the most out of every drop. You won’t have to stop and refuel as often with a diesel truck compared to a gas-powered vehicle, at least when driving on the highway. Diesel trucks tend to get fewer miles per gallon in the city. They also weigh more and take up more space than gas trucks, which can be an issue when you’re tight on space.

Sticking with our Ford example, compare the gas-powered 2022 F-150 to the diesel-powered 2022 F-250. The former comes with 265 to 570 lb-ft of torque, while the latter 430 to 1,050 lb-ft. You can accelerate easily while carrying a heavy payload while preserving your fuel as much as possible.

Gas engines also combust air and fuel to generate mechanical energy, but instead of compressing the air, gas engines use spark plugs to trigger the combustion process. Spark plugs tend to die — often — especially when you are using your vehicle battery to power so many different devices. Gas trucks tend to be more complicated than their diesel counterparts, which makes them more likely to fail.

You will be able to accelerate faster in a gas truck compared to a diesel vehicle, as long as you aren’t hauling a heavy load. This makes gas trucks ideal for city driving and shorter commutes, but you might want to go with a diesel truck instead if you spend most of your time on the highway. 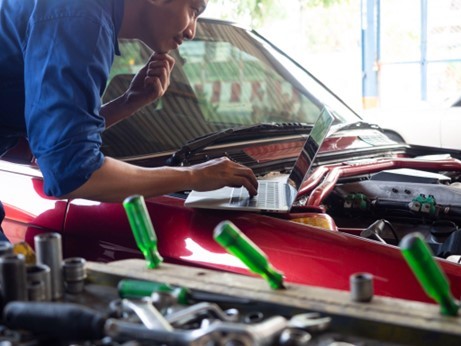 If you live in the U.S., you shouldn’t have any trouble refueling or finding a good mechanic for your gas truck. Nearly every auto shop and gas station in the country caters to gas-powered vehicles. There’s a good chance the mechanic has parts for your specific make and model in stock to reduce wait times. But we live in the age of the internet. You can find all kinds of diesel parts online and have them shipped to your local mechanic to save money and speed up the process.

Gas trucks weigh less than diesel trucks, which gives them the slight advantage when it comes to payload capacity, but it largely depends on the specific make and model. You may be able to haul more weight in a gas truck compared to diesel, but you may have trouble accelerating at low speeds.

You can easily find a great gas or diesel truck. It all depends on what you’re looking to get out of your next vehicle. Don’t let that higher price tag scare you away. Diesel vehicles are usually worth every cent.