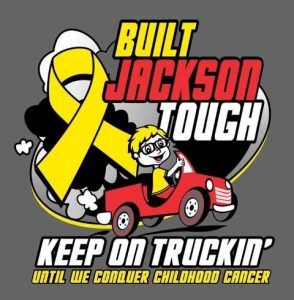 Jalopies for Jackson 2018 was held on May 19, 2018 in Lewisville, IN.  This show is always held in May which is Brain Tumors and Childhood Cancer awareness month.

Each year this show is hosted by the parents of a special boy named Jackson.  Jackson has battled three brain tumors before the age of 8.  He is one of the strongest little kids we know! This is one very special car show that you will not regret attending.

This year, the show was accepting donations of new, unopened Hot Wheels and Matchbox cars to take to Riley Hospital for Children.  Also, any proceeds went to benefit the St. Baldrick’s Foundation which funds life saving childhood cancer research.  There was also a Blood Drive truck from the Indiana Blood Center.  This is more than just a car show, this is about bringing awareness and giving back.

Jalopies for Jackson 2018 allowed any ride to attend that had wheels on it!  People brought out not only their cars and trucks, but motorcycles and contraptions as well.  It was such an amazing site to see everyone in the automotive world come out and support Jackson.  Everyone there had a smile on their face and who couldn’t?  We always love attending this event because of the amazing atmosphere it brings. 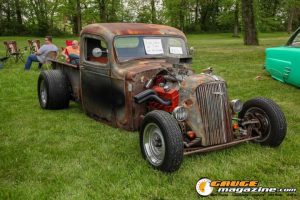 Awards were given out to rides for Best in Show, Jackson’s Pick, KRG Pick, Top 20, and more!  While we walked around checking out each ride that was there, we had NO IDEA who would be walking away with a trophy that night.  It was no lie that people came out with their best foot forward.

Wanting more  coverage on custom rides?  We have what you are looking for!

Looking for more information on Jalopies for Jackson?  Check out their facebook page!