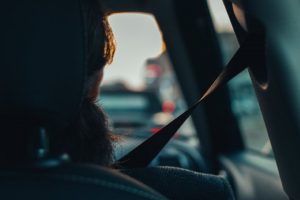 As we interact with friends and colleagues, it’s somehow inevitable that we will get to ride in their car. It’s either we stayed out too late or they just offered us a ride because our place is on their way. Whatever the case may be, there are a few car etiquette rules that every passenger must keep in mind when they are in somebody else’s vehicle. We discuss some of them here.

Do not eat (or worse, smoke) without asking for permission

It is safe to say that a car is like a person’s smartphone or even their bedroom; the owner will have some sort of a special connection with it. As someone who just hitched a ride, you have to respect that. One very good way of doing so is to not eat without asking the driver first. They might be someone who doesn’t even eat inside their vehicle themselves! And we can understand, eating can lead to debris dripping and dropping all over the floor. Depending on what the car floor is made of, these nasty little things might be difficult to remove!

Smoking is also another no-no, even if the driver is a smoker themselves. There are designated areas for smoking, and the car might not be one of them. If you really need to smoke, be courteous enough to ask the driver. They might just pull over for a while for you.

When you are in someone else’s vehicle, you will find that everything in that vehicle is already set in a particular way. It should be clear to you that that’s how the driver wants things to be. Respect that and never meddle with anything, not even the music or the decorative interior lighting systems from respected sellers such as xkglow.com.

If, for example, you feel a bit cold, just talk to the driver and ask if adjustments can be made. More often than not, the driver will oblige. The extra step of asking is the one that differentiates a well-mannered passenger from an annoyingly rude one.

It is a general rule for a lone passenger to take the passenger seat right beside the driver. To many, this makes it clear that you are not treating your friend or colleague as a taxi driver that you can order around. Aside from that, conversations are easier when you are in the front seat.  Can you imagine riding in this 1972 Chevy C-30 Custom Camper?

If you ride in car as a couple, don’t ever make the mistake of sitting together in the back. At least have the decency to have one of you take the front seat. Usually, the one who is relationally closer to the driver takes the front seat. This might sound so unromantic, but a few moments of separation, especially when hitching a ride, will not hurt.

Good manners have to be exhibited at all times. Not only will they make you look good, they will also help smooth your interactions with others.