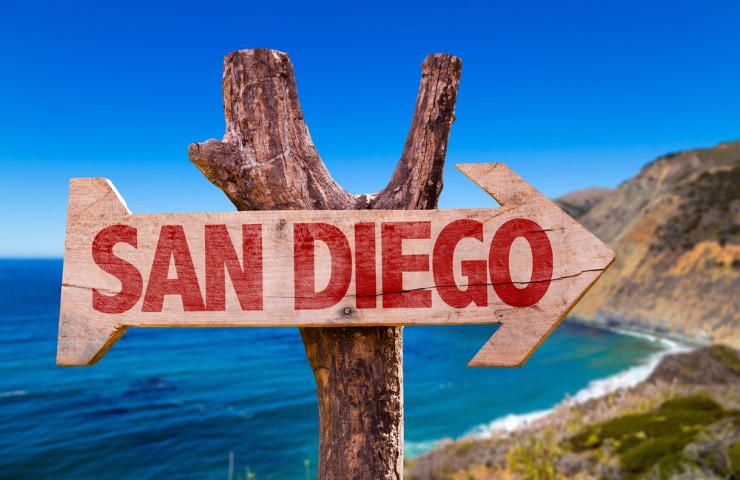 Generally, people think about California as a place where relaxation rules. When you consider all the beaches and surfers, it’s hard not to imagine this is a place where you never have to work, and you can work on your tan on the beach all day long. Of course, you can only live like that if you’re independently wealthy, but there are still some aspects of California that are very much like that stereotype.

Today, we’ll talk about San Diego, a city that typifies the California lifestyle. Many people feel it is one of the most desirable places to live in the country, so we’ll explore that notion by talking a little about its pros and cons.

San Diego does have some serious traffic from time to time. It may not be as bad as the famous LA traffic jams, but commuting via car can be a hassle, depending on what neighborhood you live in and where you’re headed.

The California Office of Traffic Safety can weigh in on San Diego’s roadways and how dangerous they can be. This entity states that in one year, San Diego wrecks killed or injured 20,270 individuals. More than 2,000 of them involved alcohol, while many involved pedestrians and cyclists as well.

In short, you need to watch out for traffic if you live in San Diego, whether you’re biking, on foot, or in your car. That means keeping your eyes on the road, not letting anything distract you, and focusing on the vehicles around you and what they’re doing.

Like all of California, San Diego is expensive. It’s tough to get a one-bedroom apartment there unless you’re making plenty of money, which is why so many San Diego residents have to find roommates. Others cohabitate with individuals who they’re dating faster than they otherwise might. They need someone to help them with the rent.

Living in California is unavoidably expensive, and that might be the main determining factor when deciding whether to live in San Diego. If you’ve landed a job that pays you well, this might not be such a big deal for you. Still, even if you make plenty of money, homeownership there costs much more than it does in many other states and cities.

The weather is a main draw if you live in San Diego. It is warm for much of the year, but it also does not get as bad as some other parts of California, the American Southwest, or the West Coast. That is because of the cool breezes that sweep in off the ocean. Many people also enjoy the invigorating, salty smell. It’s pleasant and not overpowering.

If you can get past the living expense, you’ll soon find that San Diego is a very livable city when you think about all there is to do there. It’s great fun to wander around in sprawling Balboa Park. You can walk, cycle, rollerblade, or lie on the grass and watch the world go by.

The famous San Diego Zoo is in Balboa Park, and it is one of the nation’s best. You can spend some time there with the animals and get to know their ways.

There are many art galleries to visit, and museums as well. There are artist studios where you can rent space if you’re the creative type. There are gardens where you can enjoy flowers and all kinds of other plant life and butterflies.

The deep harbor is an attraction and the naval fleet it houses. You can walk along the pier and watch the ships as they come in from the sea and set off again.

You can spend some time on the USS Midway, a former aircraft carrier that is now a museum. Rumors even exist that ghosts haunt the Midway, so maybe you will spot a glimpse of one of them.

You will also find that many San Diego residents seem to enjoy life to the fullest. Aside from all the attractions, that might be what causes you to fall in love with the place.

The people there appear to embody the laid-back California spirit to the fullest. They have come to the country’s edge and seem to have a kinship with the ocean. You will quickly get this impression if you talk to the many surfers who love spending time on the water.

Consider these cons and pros as you decide whether San Diego might be for you.