SEMA 360 Domestic Cars was held in Las Vegas, Nevada from November 2nd-6th, 2020.  Normally, SEMA would have been held in person, but due to COVID-19 and for the safety of others, SEMA decided to do a virtual event instead.

Although the event wasn’t in person, it’s still our belief that the domestic may have stolen the show again!  In the Top 40 for the Battle of the Builders, over half of the rides were domestic vehicles.  As always, all of the vehicles in the Top 40 were unique in their own way and all deserved an award!

This year, a 1963 Chevrolet Full Custom 2 Door Wagon took home the award! The award won by Brady Ranweiler, the Chevy Wagon is the first wagon to take home the award in the seven-year of it’s existence! 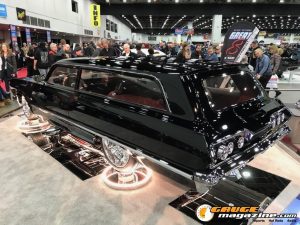 The Chevy Wagon features a 509 Cubic-Inch Chevy Big Block engine, a two-door body conversion, a full custom interior from M&M Auto Interiors with a red and black treatment, and EVOD Industry wheels with Pirelli tires.  All together, the build process of nearly a decade made it completely worth it all for this 1963 Chevrolet Wagon to take home the Battle of the Builders award!

This year, Ford displayed their all new 2020 Ford Mustang Mach-E, Bronco, Bronco Sport, and F-150 at SEMA 360 Domestic Cars.  The Ford Mustang Mach-E is a seven motor, all electric vehicle, and Ken Block was prepared to take this vehicle for a test drive, or a test SLAY.

Ken Block is a professional rally driver and is known for pushing his driving to the next level.  It is not uncommon to see those observing Ken Block and instantly be on the edge of their seats!  Putting the 2020 Ford Mustang Mach-E to the test, Ken Block has been waiting a full year to “Honns” the Mach-E and now was his chance

Check out Ken Block doing his thing on the Mach-E below! 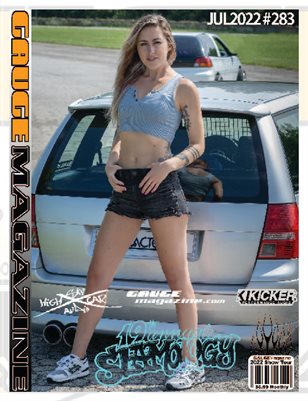